Move is embarrassment for chief exec Joe Plumeri, who campaigned against payments 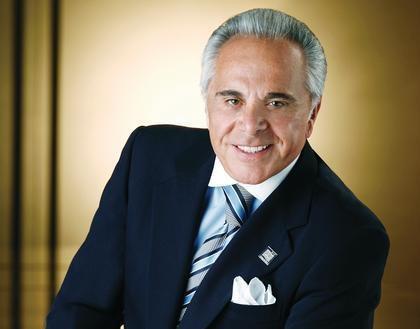 Click to read Insurance Times’s views on the story.

And to read our ‘pass notes’ on Willis, click here.

The controversial issue of contingent commissions was thrown back into the spotlight this week after Willis performed a U-turn on its previous stance.

Willis chief executive Joe Plumeri spearheaded a campaign against contingent commissions, which are insurer payments to brokers in return for profitability or volume, allowing his company to call them “the Wild West of insurance compensation”.

But Willis said the decision to take contingent commissions on employee benefits was “a necessary move to ensure [Willis’s] competitive position”.

Airmic chief executive John Hurrell said recent developments at Willis flew in the face of the company’s previous stance on the issue, which was respected by Airmic members, but he was sure that they would take a different view on the broker’s decision to change the position of one particular class of its business.

“I think that any movements towards contingent commissions are likely to take us back into the sorts of areas of strife that we have had in the past,” Hurrell said. “This latest development is a bit of a surprise given the trouble it caused the first time around and the impact that it had once the New York attorney-general intervened, particularly on businesses.”

A Willis spokesman said the broker continued to maintain its stance on contingent commissions in other lines.

Willis also suffered problems at subsidiary broker HRH, as non-compete arrangements with employees who left during the merger expired.

Plumeri said he was “not satisfied” with HRH’s performance, but predicted an improved 2012. As a sop to shareholders, he is planning a $100m share buyback.

Stockbroker Stifel Nicolaus analyst Meyer Shields agreed that the results were weak, particularly on the production side. “The story we have been consistently told by insurance companies and really the insurance brokers is that the headwind for insurance rates is diminishing, but it has not necessarily gone in every region and every line of business. I think people were expecting some sort of boost to both revenues and profits in the fourth quarter just from that trend.”

● Willis’s U-turn on contingent commissions has left chief exec Plumeri with egg on his face.

● Is buying back $100m of stock, at a time when the company is faced with a rising expenses base, the best use of capital?

● Willis faces numerous challenges, including the loan protector business, a continuing soft market, retention problems for HRH and $2.37bn in total debts. Plumeri could renew his contract in 2013, but a fresh face at the helm to tackle these challenges seems likely.

Where has it all gone wrong for Willis?

The company had a bad 2011 in which it was hit with a £6.8m FSA fine for breaching anti-bribery rules, UK chief executive Brendan McManus departed in unexplained circumstances and there were revelations that directors’ pay was hiked during a two-year staff wage freeze. Now company profits have halved.

What is Plumeri doing about it?

Willis hopes to make cost savings on the back of its $180m operational review, $20m more than the original estimate. Plumeri is keeping shareholders onside with a $100m share buyback. The company has also invested in its own database, called WillPLACE, although it’s two years behind Aon’s database.

That must be a big worry for Willis. Aon, the market leader, defied the tough global economy as it increased net income 39% to $979m in 2011 compared with 2010’s $706m. JLT continues to grow and this year overtook Willis to take second place in the Insurance Times Top 50.