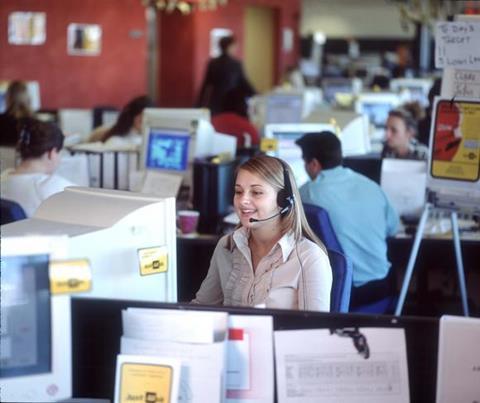 The AA has unveiled plans to cut 300 jobs.

The AA executive management says it has been undertaking a review of the business since the listing of the company’s shares at the end of June.

All areas of the business are understood to be impacted.

This includes the main call centre for AA Insurance in Newcastle, which handles both home and car insurance and employs 1,064 staff.

Around 50 customer-facing jobs, about half of which are front-line, are potentially affected.

The AA said the job losses were expected to be met largely from voluntary redundancies.

A spokesman added: “For insurance, people increasingly buy their cover online which changes the dynamics of call centre activity, hence the reorganisation.

“I stress that this is the beginning of a consultation period and the final decisions have yet to be taken.”

The company which employs 8022 overall people is planning to create an additional 50 roadside jobs as part of its plans.

The firm said it was investing heavily in technology and would add more patrols to the roadside service.

Executive chairman Bob Mackenzie is now heading up the company.

In a statement the AA said:  “The AA can confirm that it plans major investment in the business, in order to enhance the service it provides to members and customers, and to make reductions in staff numbers and related overheads in due course.

“Depending on the outcomes of management forum, staff and union consultations, there is likely to be a reduction of approximately 300 posts (including some vacancies) with 50 new posts also created.”

Mackenzie added: “The AA’s level of service is highly-regarded which is reflected in its status as the UK’s most trusted commercial brand.

“It is our intention to continue to serve the needs of the motorist as comprehensively as possible.

“Our plan is to strengthen the relationships we have with our 13 million customers and members by offering an enhanced experience. In achieving this objective, there will be a benefit to all our stakeholders.”

The AA said it had started discussing redundancies with the trade union IDU, its management forum and employees.