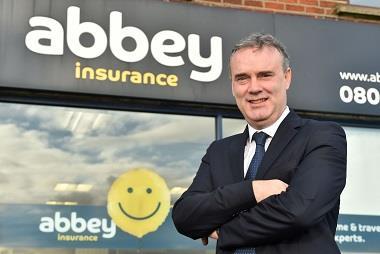 Abbey said the acquisition “greatly” expands its network of branches and strengthens its position as Northern Ireland’s largest locally-owned broker.

Open + Direct has more than 200 staff and operates in 13 locations. It has been owned by UK broking group Swinton since 2009.

All Open + Direct staff have transferred across to Abbey.

Before the acquisition Abbey had 220 employees and 15 branches in Northern Ireland.

Abbey chief executive Trevor Shaw (pictured) said: “In order to secure significant further growth, we recognised the need to acquire another business. We looked carefully at Open + Direct and considered it to be a good fit with Abbey, in terms of its professional local staff, the strength of its operation and its geographical footprint.”

He added: “We would reassure customers of both companies that their existing insurance policies remain unaffected by this development.

“Our immediate priority will now be to ensure the transition is as smooth as possible for customers and staff.

“All Open + Direct branches and their staff will continue working under the same name in the short term, with branches gradually changing over to Abbey Insurance Brokers in due course. Customers are being kept fully informed.”