It’s a crowded market, but broker network chairman Alec Finch believes his company has something unique to offer 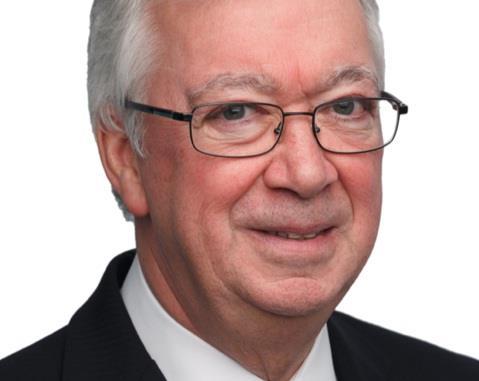 When consolidator Jelf launched its London office late last year with an exuberant and noisy party in Farringdon, standing in the corner was a familiar figure. Neat and dapper in a tailored suit, nodding discreetly at his many friends and former colleagues, was Alec Finch. The eponymous Alec Finch of Manchester-based broker Alec Finch, you ask? Well, once upon a time.

But today, Finch no longer owns his name, having sold it to the French in 2006 (at the very beginning of the trend for taking cash from the Continent). Instead, he’s left in the rather awkward position of having to call his remaining business, a Lloyd’s broker run by his son Bob, by his initials - AFL.

But that’s not why he’s here to talk to Insurance Times today. As we discovered at that party last year, he has returned to the regional market in the guise of chairman of Purple Partnership, Jelf’s network business.

He’s terribly enthusiastic about it, as you’d expect. Jelf boss Alex Alway, who he’s “known for years”, signed him up last autumn. “It was an interesting proposition,” muses Finch.

Like all the networks crowding the market, Purple claims to be unique. Its difference centres on its looseness - unlike other networks, it does not control where its members place their premium, and it has no plans to buy stakes or buy them out in the longer term.

Finch says: “We offer the opportunity to remain independent, providing access to markets, premium finance, a third-party compliance resource and so on. We’re non-intrusive - we want the brokers to carry on running their businesses, and we don’t take any stakeholding or plans for acquisitions.”

Purple specialises in start-ups, or start-agains, as Finch terms break-away businesses coming out of larger brokers, and now has 63 members.

Though originally based in Jelf’s home turf of the West Country, it is now on a regional expansion drive, with a new Northern area manager and Finch oiling the wheels. There are targets for growth but Finch, an old hand with the press, coyly declines to share them.

But let’s be frank - there are too many networks out there, aren’t there?

“I don’t think the number is sustainable,” Finch agrees. “There’s a limited constituency of potential network members. At some point, it will reach saturation and the networks will begin to eat themselves.”

What does that mean for Purple? “I’d like to think we would be outside of that process because the nature of our relationship with members is different.”

A network is the must-have accessory for today’s fashionable consolidator, it seems, with Towergate-owned Broker Network, Bluefin’s offering and Giles’ Westinsure. What’s that all about? “I suspect it’s to do with building their premium, so when you’re talking to Aviva, you’ve got your own premium volume, and then the volume coming through the network. It’s a business model that’s worked for them.”

Put simply, it allows the consolidators in question yet more leverage with their broker partners, as well as giving them a potential acquisition pipeline. But the leading insurers got wise to this a couple of years ago, with Aviva and others putting their foot down. Is this backlash still playing out?

Finch lapses into press-release speak: “We have a number of insurer partners, and good relationships with all of them,” he says. Generally, Purple is well spoken of by insurers and seen as a string to Jelf’s bow.

Finch has a lifetime of working with insurers under his belt, having joined the industry straight from school, like so many. Life was different then - “people bought their insurance from the man from the Pru, who came round on a Thursday night” - but some things remain the same, with the 1970s having seen the first major wave of broker consolidation.

After a spell in Lloyd’s, Finch left to set up Alec Finch and built it into a highly respectable regional business. Though he did well out of the deal, it must be strange to no longer own his name?

“It is,” he says with animation. “It does still cause confusion, but anyway, you live with it …” he tails off, leaving the impression that it irritates him more than he can tactfully say. Any regrets? “Not at all - I sold at the right point in the market.” And there will be many who will envy him there.

So, with his fortune in his pocket and his retirement stretching out before him, why did Finch take up the role at Purple? First, “sitting around with my feet up didn’t appeal”.

And, secondly, Finch was actually the founder of networks in the UK. In 1998, he joined forces with a German broker, creating a Europe-wide group of nine businesses that subsequently became the World Wide Broker Network. It’s still going, and he’s still involved - “I sit on the board as the old guy in the corner”.

Here in the UK, Finch teamed with David Slade of Perkins Slade and Phillip Bland, who later sold to Oval, to form Unitas, an alliance of sizeable regional brokers that is going strong today.

“The idea was, if you could find a group of brokers of similar size and culture working together, it would benefit everyone,” he says. “This was through sharing knowledge and sometimes resources, and approaching insurers with an “all for one, one for all” mentality designed to put uppity underwriters in their place.

It’s an impressive pedigree and one that should stand Purple in good stead as it seeks growth. Finch now splits his time between his various business interests and his home in Italy, where his very own olive grove produces the tasty “DaFinci” extra virgin olive oil.

As all good film fans will know, a thriving olive oil business is normally a cover for something more sinister. So there you have it: Alec Finch, the godfather of broker networks.

Born: 14 August 1947
Hometown: Manchester
First job: 1963: Yorkshire Insurance Co - filing post and “all those jobs new recruits were given for the first few months” - then endorsement clerk in the accident department
Family: Married to Joan for 42 years, two sons and one daughter, two grandsons
Interests: Family, travel, Manchester City, film and theatre
In his own words: ‘I sold at the right point in the market’

Members: 63
UK offices: 1
Employees: 7
Market view: One of many networks in a crowded space, Purple Partnership is well respected and seen as a candidate for growth.