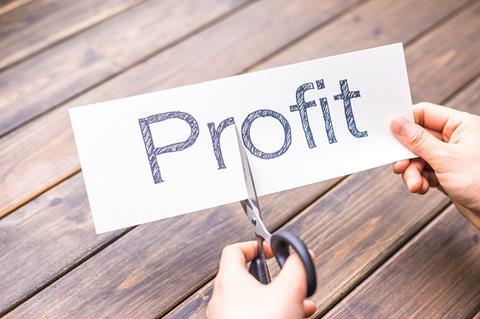 Allianz UK has restated its full-year 2016 operating profit, knocking off £58.3m as it bolstered reserves to cope with the cut in the Ogden discount rate.

After taking into account the £58.3m Ogden reserving hit, Allianz UK now says its full-year 2016 operating profit was £96.2m, down from the £154.5m it originally reported.

The company said: “It is worth noting that the business still delivered an underwriting profit in 2016 despite the effect of the lowering of the discount rate.”

The first quarter 2017 COR, excluding Ogden, would have been 94.9% – one percentage point better than the 95.9% reported in last year’s first quarter.

Allianz UK said the figures excluding the Ogden hit showed “the underlying strength of the business”.

The commercial COR was 97.7% which Allianz said reflected the Ogden rate cut as well as “an unusual run of large claims”.

First quarter 2017 gross written premium (GWP) was almost flat at £545m (Q1 2016: £547.3m). The company said the flat GWP was partly down to the continuing effects of its decision to exit direct home and motor business, but it added that this will “no longer be a factor” from the mid-year point.

On a like-for-like basis Allianz UK said GWP grew 1.1% thanks to “strong contributions” from commercial lines, which grew GWP by 4.1%, and the Petplan pet insurance business, which grew 11.6%.

Allianz UK chief executive Jon Dye said: “The extent of the reduction to the discount rate is deeply regrettable because of the impact on the cost of insurance for customers and it needs to change.

“It is encouraging that the Chancellor, Philip Hammond, reacted so promptly to the industry’s forceful and concerted call for action. The hope is that the General Election does not add significant delay to what everyone must hope is the government’s return to sanity on this issue.”

Dye said that discussions with brokers about the impact of the Ogden cut had been “constructive, considered and collaborative”.

He added: “That is not to say they have all been plain sailing which is understandable because it falls to brokers to be the bearer of difficult news to their customers.

“Allianz’s reputation for taking sensible and long-term decisions has been helpful in the discussions with brokers, as has the effort the business has put into communicating about the discount rate in a clear and straightforward way which has been very well received.”