Analysis: The Knowledge – rethinking risk in a sharing economy 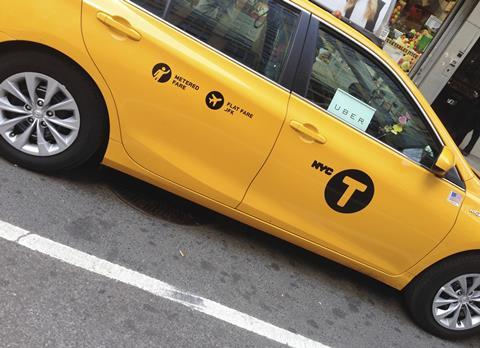 From cars and homes to power tools, music and driveways, the so-called sharing society is more than just a passing trend, with estimates that it is worth £500m in the UK alone.

Consultancy PwC predicts it could grow to around £9bn by 2025. The sector’s emergence has been driven by advances in technology, resource scarcity and social change.

“Technology is at the heart of the sharing economy,” says PwC partner Celine Herweijer.

“It’s online platforms, accessible by smartphone, that enable us to create and access this marketplace of sellers and of goods and services.

“It’s also enabled in many cases by GPS technology, so we’re able to see where our seller is and how far away we are from accessing the goods, how long until they arrive.” 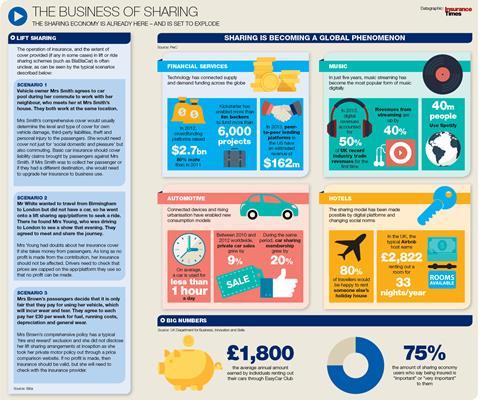 With global population forecast to reach 11bn in 2100, resource scarcity will become a major issue. Sharing assets such as cars, on average used for less than an hour every day, is one way in which individuals of the future will be able to access the lifestyle they want.

“The sharing economy is an interesting collision between megatrends,” Herweijer continues.

“I like to describe it is as ‘ownership is old school’. It’s consuming in a different way. It’s about sharing or renting, rather than buying and owning things long term. It’s about creating entrepreneurs out of any of us.”

Sharing assets can also mean making money. For example, 20,000 UK property owners rent out their driveways, earning on average £465 a year (£810 in London).

Ride share initiatives Uber and Liftshare, home and room swap schemes such as HomeExchange and Airbnb and music sharing sites such as Spotify have quickly become household names.

In the future, the model could shift to the B2B sector, says PwC, with businesses creating new revenue streams by sharing assets.

But lack of access to insurance is a threat to continued growth.

Last year Biba published a guide to the sharing economy, in collaboration with DAC Beachcroft and Zurich.

“There are two main issues,” says Biba executive director Graeme Trudgill. “First, that a sharing business often finds it difficult to obtain insurance … second, that even if it does find insurance, the premium is prohibitively high. Brokers are key to solving these issues.”