AXA and Burges Salmon have today called for better governing standards to be implemented for autonomous vehicles.

In a report on the ‘handover’ of control between the car and its driver, it is claimed it takes around three seconds for the driver to retake control, and current governing of the subject does not take that into account.

In the report, it says: “The current law expects the driver to be responsible for the vehicle at all times. This creates issues if there is a time lag in the driver regaining effective control after the vehicle has been driving autonomously.”

David Williams, technical director for AXA UK said: “AXA has supported the advent of driverless cars from the very beginning. It is exciting, through projects like VENTURER, to be at the forefront of a change that could have a profound, positive effect on society.

“People must understand, however, what the vehicles are capable of and, very importantly, what the law allows us to do (or not do) when travelling with them. Handover presents a complication for the basic liability model: how can we apportion responsibility between the human driver and the vehicle fairly?”

Chris Jackson, head of transport at Burges Salmon added: “Setting the boundaries of the driver and autonomous system liability will require a detailed understanding of how users interact with technology. Defining the parameters of handover is an important step in delivering the driverless experience which people will expect.”

Expert view: Is the world ready for autonomous cars 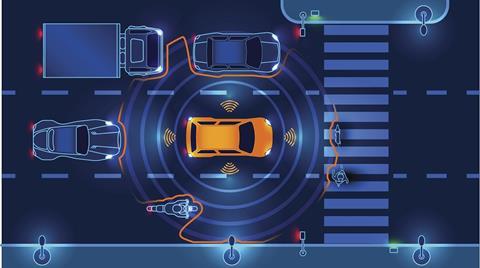