Places reserved for members on new board 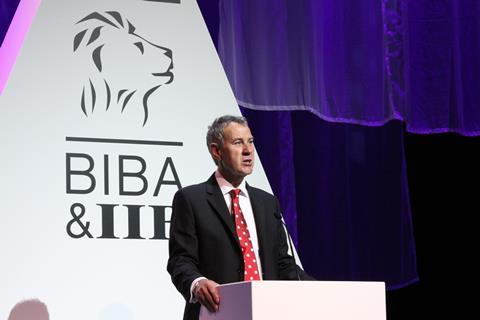 Up to half the places on Biba’s main board will be reserved for member representatives under a proposed shake-up of the broker association’s governance structure unveiled today.

The revised structure will reflect a proposed new way of dividing up members for the purposes of representation that was also revealed by the association on the first day of its annual conference in London.

The two proposals are the first to emerge from a full-scale strategic review of the association by consultants Deloitte that was launched last year. Members will be divided into five “segments”, each of which will put forward one representative to the board.

Biba chairman Andy Homer, who headed the steering group for the review, said: “The Biba board is now in position to discuss in detail how the proposed reforms to make our association more relevant to its members are to be implemented.

“The next phase of consultation will help to validate our proposals, and then we need to move ahead with implementation. There is still much work to be done and I welcome engagement and feedback from all members.”

Under the proposals, the board will have 10-12 members, including a chairman, a deputy chairman, an independent non-executive member, the chief executive officer and two others from the executive team. This would leave up to six spaces for member representatives.

The review, which aims to ensure the trade association is fit for purpose in the 21st century, involves six work streams, which also include resourcing the executive team; communications, commercial activities; and a possible code of  conduct.

Officers visited the association’s 13 existing regions to consult members during the review process. Further proposals for new structures to support the revised board are due to be released in the near future.

Biba plans to launch another three-month consultation with members about the governance and segmentation proposals later this year. An extraordinary general meeting will then be held, where members will vote on the proposals.

Biba chief executive Steve White said: “We want as many Biba members as possible to participate in the forthcoming consultation.”