Blog: Plan for the worst Brexit, and hope for the best

The insurance industry must plan for the worst Brexit, says Nigel Teasdale, president of the Forum of Insurance Lawyers, and partner at DWF 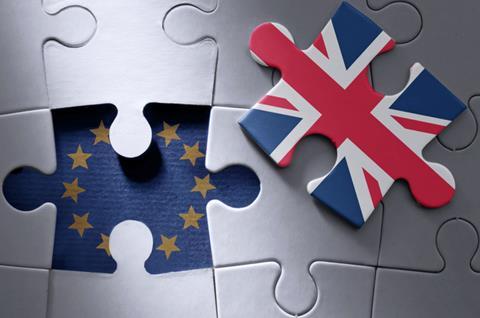 Back in the 1990s there was panic that on 1 January 2000 computers would malfunction and world chaos would ensue. A huge amount of preparation went into avoiding the crisis but when Y2K arrived it appeared that the bug had not materialised. The cost of preparatory work has since been estimated at over US$300 billion.

It’s not difficult to see the parallels with Brexit. Since the referendum result a significant amount of time and effort has already been generated within the insurance sector to draw out the issues and map out potential solutions. The task is challenging enough but to compound the issue we’ve learnt in the last week from Andrew Bailey, CEO of the FCA, that the regulator is being excluded from some of the talks at the European Securities and Markets Authority.

There is a daily diet of conflicting messages so it’s no surprise that the sector is planning for all eventualities, and the Bank of England had given financial institutions, including insurers, until 14 July to provide contingency plans for a “hard” Brexit. After initial hopes that passporting rights might be retained, it is now widely expected that they will not, so that companies have begun setting up new post-Brexit hubs in Luxembourg, Brussels and Dublin. No doubt all will be alive to ESMA’s warning against allowing “letterbox entities” to outsource activities back to London.

In his first detailed speech on Brexit, Andrew Bailey argued the case that Brexit should not mean an end to open financial markets or limit the freedom of firms on choice of location. On the same day the EU’s chief negotiator Michel Barnier gave a rather different message, ruling out both the possibility of maintaining frictionless trade outside the single market, and of “sector by sector” participation. However, Brexit issues for insurance cut both ways - EU insurers also want access to the London market as a springboard to the US and other key markets.

Despite all the current activity, interesting results came out of the global report “Insurance Banana Skins 2017” produced by the Centre for the Study of Financial Innovation and PwC recently. The report gathers responses from senior insurers and financial observers to ascertain what they see as the biggest threat. Perhaps surprisingly Brexit did not feature in the rankings as a significant risk, coming in at number 12 with the top three UK risks identified as cyber risk, interest rates and technology.

Plan for the worst Brexit

Those views could end up being vindicated, but the insurance industry has to remain fully alive to the worst case scenario and do the necessary preparation to mitigate the loss. As was made clear by the ABI Director General Huw Evans recently, leaving the EU without a deal is not acceptable if the sector is to continue to meet the needs of millions of customers and remain legally compliant, so intensive scrutiny and engagement will be needed across all affected areas. Despite all the uncertainty, wait and see is not an option. But come the eventual date of implementation, will all the cost have been worth it?