Bluefin fined £4m by the FCA

The FCA has fined Bluefin £4m for misleading customers and failing to safeguard against conflict of interest when it was wholly owned by AXA between 9 March 2011 and 31 December 2014.

Bluefin failed to implement ‘adequate systems and controls’ to properly assert its independence from AXA, according to the FCA. 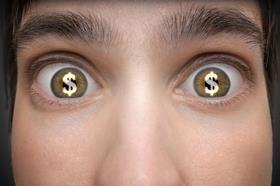 Bluefin prioritised trying to increase AXA’s business over being fair and transparent to customers, including by offering a policy from AXA without revealing its ownership to clients.

Because Bluefin brokers failed to keep customers informed, they were led to believe they were dealing with an unbiased and independent broker.

FCA executive director of enforcement and market oversight Mark Steward said: “Insurance brokers must promote a culture in which they act in their customers’ best interests and provide them with the information they need to make an informed decision. This is central to the relationship between the industry and its customers”

Steward added: “It is also unacceptable that firms hold themselves out as independent when they are not.”

AXA sold Bluefin to Marsh on 31 December 2016 and the FCA has made no further criticism of any other members of the AXA Group.

The original fine was in excess of £5.7m, but as Bluefin agreed to settle early on in the investigation this was reduced to £4m.

The broker is now being rebranded as Jelf.