Alpha Insurance ceases all underwriting, and will be in run-off from now on

Denmark’s Alpha Insurance has been placed in solvent liquidation as “a direct result” of CBL Insurance Ltd being placed into interim liquidation.

The Danish insurer said it has ceased all underwriting, including renewals. Alpha said CBL was one of its largest reinsurers.

The move means Alpha will from now on be in run-off. It said the company is solvent, and expects that all present and future obligations will be honoured.

“Claims will be paid and all policies in force will remain so until their contractual expiry,” it said.

”We can confirm that Alpha Insurance continues to operate and all policies in force will be served as has been the case up to today.”

Earlier it was revealed that CBL Insurance’s problems triggered the huge reserves boost at Alpha, according to court documents.

As first reported by Insurance Times, Danish insurer Alpha, had to boost reserves by nearly 30% amid regulatory intervention.

And now it has emerged that troubled CBL Insurance was the cause of Alpha’s problems.

But CBL was massively under-reserving for French construction surety. When the Danish regulator found this out, it ordered Alpha last July to boost reserves.

”Another of its cedents, Alpha Insurance of Denmark, which amongst other lines of business reinsured by CBLI had under-written French construction insurance was required by regulators to increase its claims provision substantially.

“These requirements were imposed amid concerns about Alpha’s exposure to the French construction business, reinsured by CBLI,” says the Reserve Bank of New Zealand’s head of prudential supervision Toby Fiennes.

As reported separately, Alpha received overseas payments from CBL while it was under superivision from the New Zealand regulator.

The regulator is still searching for explanations as to why the unauthorised payments were made.

CBL Insurance’s reserving was lower Elite’s, according to the court documents. 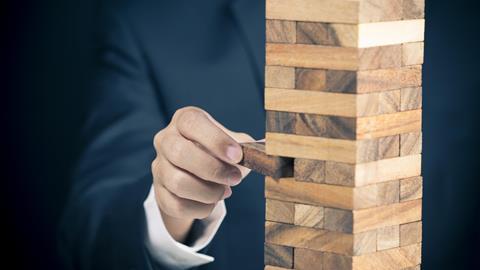