Administrators of the struggling New Zealand-based insurer, with ties to bankrupt unrated Alpha, recommend liquidation ahead of crunch talks

The firm was put into voluntary interim liquidation in February.

Now, with a Watershed meeting due to take place on the 18 May, where creditors can vote on the company’s future, the appointed administrator has said that “it would be in the interests of creditors for the company to be placed in liquidation.”

Voluntary administrator KordaMentha made the suggestion in a creditors report on Friday.

In the report, it said CBLC is “unable to meet its obligations to creditors. It has no direct trading assets. Two of its largest operating business units are subject to separate insolvency processes where we were not able to agree a coordinated sales process and into which we do not currently have visibility.

”Sale processes have commenced for some of the other business units and they are likely to be sold.”

Equity proceeds received by CBLC will be used to repay creditors.

The administrators also said that no restructuring proposal had been put forward at this time that creditors could vote upon at the meeting as an alternative, so it had no other choice than to recommend liquidation.

As a result of Alpha’s administration, hundreds of London cabbies were left with no cover for 24 hours.

Aviva stepped in to help Carrot insurance customers with the loss of cover. 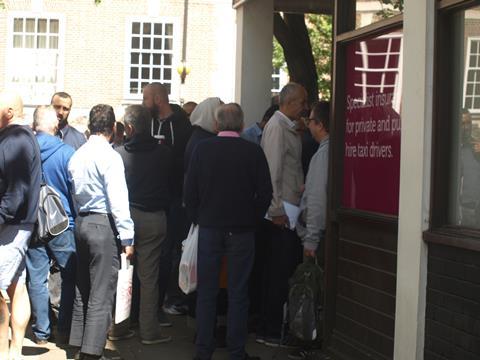