In his first interview with the media, Swinton’s Christophe Bardet talks strategy, scrapped aggregator plans, and those sackings 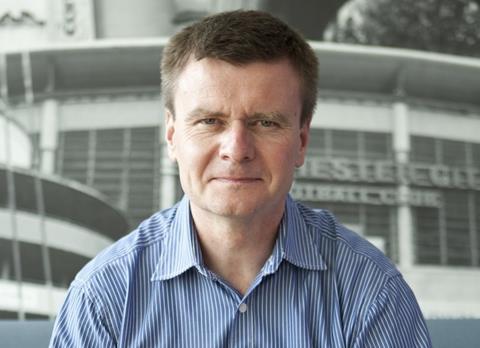 Remember the Swinton sacking? Ouch. It was one of the most public hangings in UK GI’s recent history - and remains surrounded by unanswered questions. So Insurance Times is here in Manchester six months later to quiz one of the few men who might know what happened - incoming chief executive Christophe Bardet. He was parachuted into the top job following the sackings, but has since kept a low profile. In this, his first interview, he’s full of plans for the future - but tight-lipped on what really happened in that torrid week in December.

First, a quick recap. Bardet, a longstanding Covéa man, was supposed to have joined Swinton as deputy chief executive at the start of this year. But before he was able to take up the post, Covéa told him the plans had changed, and he found himself jettisoned into the top job as the rest of the management team was booted out in an undignified row.

Covéa said it had lost confidence in the board and was concerned its members had put their “short-term interests ahead of the long-term interests of the company and its employees”. The parent company was concerned about the board’s performance-related share scheme payments, due to have been made in the first quarter of 2012 and believed to be worth millions.

When it comes to the initial allegations, no one’s talking. Halpin and co are bound by confidentiality clauses, as is Bardet. “My understanding is that there was a lack of confidence between the parent company and the executive director … but I think it was a fair decision for the general interests of Swinton, and I’m here to work for those interests, which are consistent with those of Covéa,” says Bardet, sticking characteristically close to the party line.

Covéa subsidiary MMA Holdings UK has set aside £15.1m to pay Swinton’s executives for share options agreed in 2009, according to the company’s 2011 accounts. Certain executives acquired C and D shares in Swinton in 2009, granting them the right to sell the shares back to MMA, and MMA agreed to buy them back in 2011 and 2012.

Sitting in his spacious office at Swinton’s headquarters in central Manchester, Bardet says he wasn’t part of the discussions and has no further details on the deal. He is now focused on moving the company forward. “I like to develop and drive people, and to create an enthusiastic and dynamic workplace,” Bardet says. “Swinton, for me, is the perfect sales machine based on a multi-channel strategy - that’s why I fell in love with the company.”

So far, so management-speak. Does Bardet acknowledge the scale of the challenge the company faces? “It’s a challenge and that’s why I love the job,” he says. “I moved to the UK to make my life more intense, and I got what I deserved and more than that.” That’s putting it mildly.

I moved to the UK to make my life more intense, and I got what I deserved”

Morale took a body blow when the board was sacked. Bardet’s initial priority was to ensure there was no operational breakdown, and he spent the first few days meeting with managers and staff as well as insurers to assure them he was working for the interests of the company. He has since won the trust and support of the staff, and the mood in the camp is now much more positive, he says. “The emotion was big, but the commitment of everyone has been as big,” he insists.

But the difficult times don’t stop there. Covéa had planned to launch an aggregator later this year, but as Bardet reveals in our interview, the company has decided to pull the plug. “It was a new project and they decided not to do it,” he says simply.

MMA Holdings later came out with a statement to say the aggregator did not fit with “its core UK business and plans for its future growth”. MMA has since said that redundancies may be likely. It looked at selling the platform last month, but said no “strong or specific enough expressions of interest” had been received. MMA is also considering a management buy-out of parts of the platform, but in the short term it has proposed to take immediate steps to wind up the operation, and will consult with all employees affected.

Bardet exudes a positive and friendly charm with a smile on his face throughout most of the interview, even when faced with the spikier questions, and becomes animated when making a point he feels passionately about. But there are clearly some topics that he is more comfortable talking about than others.

Bardet, who has over 5,000 staff and 500 branches under his control, is a firm believer in the multi-channel distribution model. A sign on Bardet’s wall serves as a timely reminder of his objectives: to achieve quality and quantity and a balance between core products and add-ons - both of which he is working on with the FSA.

“I’m absolutely convinced I’m doing the right thing, both for the interests of Swinton and the customers as well,” he says.

Bardet also has a strategic review in the pipeline and has just signed a significant deal with HPI, a car dealer, to insure all of its vehicles. The review, which will be undertaken by the new management team from September, will focus on improving the integration of the company’s multi-channel distribution model to give it more of a customer focus.

“I’m not here to speculate on short-term results,” says Bardet firmly. “I’m here to consolidate and ensure Swinton’s long-term future.” Given the very public events of last year, there could be a long and steep path ahead.