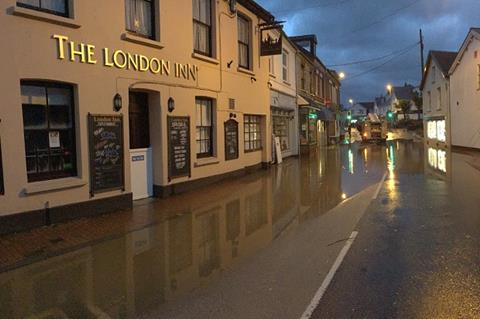 The UK has been warned to brace itself for further damage and disruption today (Tuesday) after Angus, the first named storm to hit the UK this year, battered many parts of the country with rain, winds over 80 miles per hour and floods over the weekend and yesterday.

The Environment Agency warned that communities in the south west of England and some parts of the North should be prepared for further flooding and disruption today. This morning the agency has 50 current flood warnings in issue across England and Wales, where flooding is expected and “immediate action” is required.

The agency also has 204 flood alerts issued, where flooding is possible and it is advising people to be prepared.

No “severe flood warnings” – where there is a danger to life – are currently in force.

There was also widespread travel disruption as train services were hit and roads were closed. The BBC reported that Network Rail has advised all passengers on Great Western Railway services not to travel to the west of England and south Wales as lines are blocked and services cancelled.