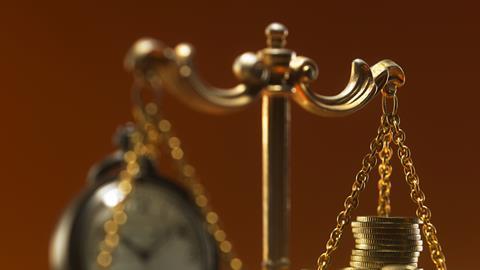 How reasonable is the FCA pricing reform timetable? – Pearson Ham

The FCA has investigated pricing practices in general insurance (GI) for several years. Insurers have also been aware of the disparity between new business and renewal pricing, feeling collectively trapped in a behaviour which few feel comfortable with.

A change has been on the horizon for a long time and the wisest insurance providers will have been reducing their reliance on renewal price walking in anticipation. Although the high-level rationale behind the proposed changes is understood and broadly welcomed, it is the detail and practicalities of implementation that are presenting challenges.

When the FCA announced its plan to ban price walking, as part of a suite of pricing remedies to improve fairness in GI, an initial timetable suggested insurers would have four months to implement the changes. During the period of consultation that followed, the FCA received more than 100 responses, with almost all firms saying it would not be possible for them to meet the timetable.

This resulted in an updated plan, announced in March, requiring systems, controls and product governance rules to be in place by the end of September, but allowing until the end of 2021 for pricing, auto-renewal and reporting requirements to be introduced. Although the timetable has been extended, there is still nervousness in the industry about timelines and a level of uncertainty about some of the details. The terminology is viewed as lacking clarity: for example, there is ambiguity as to what constitutes an ‘equivalent’ price or ‘same channel’.

The FCA committed to providing greater clarity by the end of May. However, that only leaves seven months for all remedies to be implemented, but in a recent survey, 60% of insurers said they will need at least nine months to make the necessary changes.

Most firms will have forged ahead with the information available, leaving flexibility to adapt to any unexpected clarifications by the FCA. Analysis should have been done to understand how the pricing remedies are likely to impact on their businesses, based on factors such as size and tenure of the back book and reliance on outer year premium.

Alternative strategies should have been considered and scenarios modelled, taking into account potential market and competitor responses.

Expectations of customer behaviour should have been reassessed and lifetime value assumptions updated accordingly. The planning process for development of any new product propositions should be underway and requirements for any system changes should have been confirmed provisionally alongside ensuring the appropriate resource is available to complete the work.

Implementation of new governance rules are likely to be relatively simple in comparison with the pricing remedies, but, again, work should be underway to deliver this within the context of current understanding.

Hopefully enough clarity will be provided to allow insurers to finalise details by the September deadline. Broadly, the spirit of what the FCA is trying to achieve is clear and welcomed by the majority of the industry. Some insurers may face system challenges and there might be some ambiguity in the wording used.

However, the principle of pricing equivalence between new business and renewal should be enough for insurers to start investigating, if not implementing, changes to their business models.

The much-needed clarification should allow some of the finer points to be finalised rather than being the trigger for work to commence. It’s not too late for an effective, strategic approach to be put in place, but the clock is ticking.