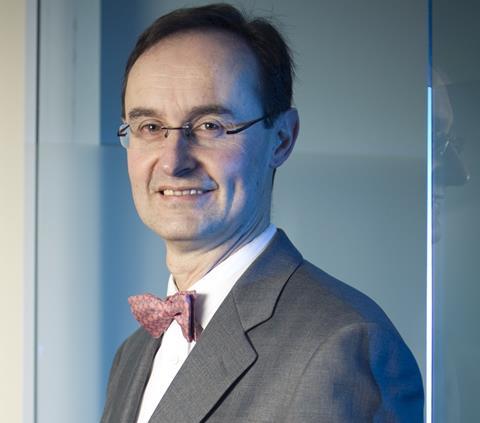 Groupama chief executive François-Xavier Boisseau has launched a passionate defence of the company, assuring brokers it will survive the eurozone crisis.

At the annual broker event in London, Boisseau said Groupama ‘would be around for a long time’ and that he was ‘proud’ of its UK achievements.

Groupama has been the focus of broker attention after a series of rating agency downgrades amid concerns about its Greek and Portuguese sovereign debt.

But Boisseau told Insurance Times that Groupama UK’s capital was ring-fenced and regulated by the FSA.

The wider group was also strong, with a financial strength rating of BBB, he added. “Triple B is still a very sound rating. It is what people would call investment grade. We have talked with our key partners and they are happy it is a robust rating,” he said.

“If you zoom into the UK situation, our solvency was 181%. Proportionally, our capital position is much stronger than the group.”

Groupama group is reportedly aiming to sell its GAN Insurance unit for around £1bn (€1.16bn) to bolster capital.
Boisseau said if Italy becomes exposed to a Greek-like situation, the focus would swing away from Groupama.

A Swiss Re report released last week says that if Greece, Italy, Ireland, Portugal and Spain were to write down their debts by 50%, the European insurance industry would suffer €143bn losses. That equates to around 24.5% of European insurers’ combined shareholders’ funds.

Many insurers would have already taken mark-to-market unrealised losses on equity, but not in an extreme-stress scenario involving multiple defaults, the report says.

In light of the eurozone crisis, Aviva is aiming to bolster its capital base. Its solvency surplus, based on the EU Insurance Groups Directive, fell 33% to £2.7bn in the third quarter from £4bn at the half-year stage.

News reports suggest it is planning to divest some of its UK pension assets.

While declining to comment on the pension assets specifically, an Aviva spokesman said: “As with any insurer, we regularly look at various options to optimise our capital position.”

● Speculation around Groupama’s assets is likely to drag on until capital is strengthened. Its UK performance is solid. Half-year combined operating ratio was 99.2% on flat £273m revenues. The company writes 50% of business in specialist markets, compared to 5% three years ago, which the company believes is improving its COR.

● A euro break-up is still considered a ‘tail risk’ by insurers, but the prospect is frightening investor confidence and damaging the wider UK economy.