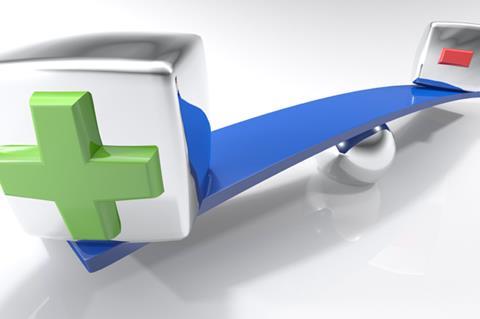 News that the government will change the Ogden rate has been welcomed by the insurance industry.

The Ogden discount rate rate could be set at between 0% and 1% under new draft legislation to be laid before Parliament later today, the government announced.

The Ogden rate, which determines how much insurers can reduce payments to injured claimants, was cut to minus 0.75% from positive 2.5% in March this year, costing UK insurers hundreds of millions of pounds in higher claims costs and additional reserving.

Huw Evans, director general of the ABI, welcomed the announcement.

“This is a welcome reform proposal to deliver a personal injury discount rate that is fairer for claimants, customers and taxpayers alike,” he said.

”The reforms would see the discount rate better reflect how claimants actually invest their compensation in reality and will provide a sound basis for setting the rate in the future. If implemented it will help relieve some of the cost pressures on motor and liability insurance in a way that can only benefit customers.”

”As ever, the devil will be in the detail,” said Analyst Eamonn Flanagan, director of Shore Capital.

”The key will be precisely how the discount rate is to be set in the future and the frequency with which it will be adjusted,” he said, adding that the market will be awaiting details of any potential write-back of reserve additions by insurers after the new rate is announced.

”We expect this shift in the Ogden rate to remove the considerable upward pressure on motor rates,” Flanagan said, though he warned that insurers may be exposed to the risk that customers may lapse policies that have been purchased in recent months, at elevated rates, to take advantage of any reduction in rates in the coming weeks following the rate change.

Biba welcomed the announcement that the government will change the way the Ogden rate is calculated, moving from benchmarking the rate against ”very low risk” investments to ”low risk” investments. The current rate was set based on returns from index-linked gilts.

“It is unlikely that many individuals would seek, or be advised to seek to invest all of their lump sum payments in index-linked gilts. It is very unlikely that a prudent investor with appropriate advice would receive a negative return,” said Biba executive director, Graeme Trudgill.

“Biba now calls for a speedy timeframe for implementation of these proposals to end the uncertainty for customers brought about by the significant underinsurance risk and increase to premiums that February’s discount rate change caused.”

He pointed out that since February’s negative Ogden rate was announced, premiums had already risen by an average of about £75, with young motorists seeing premiums rising by £250, as insurers passed on about half the expected costs of the rate change.

“If this morning’s announcement had not been made, insurers would have been forced to pass on the remaining csts and annual motor insurance premiums would have risen again in November and December by an average of £100 for UK motorists, and by between £300 and £500 for young drivers,” Khan said.

The new draft legislation, to be laid in parliament by Lord Chancellor and justice secretary David Lidington, will change the way the discount rate is set.

However, the new positive Ogden rate will not apply retrospectively, and the new framework for setting the rate will only apply if the draft law is enacted.

The draft legislation follows a consultation period earlier this year.

The government said: “Based on the evidence currently available the government would expect thath if a single rate were set today under the new approach the real rate might fall within the range of 0% to 1%.”

But it added: “The new framework will only apply if the proposed new law is enacted and will not operate retrospectively.”