Scor has announced that Covéa chairman and chief executive Thierry Derez has resigned from its board due to a “conflict of interest.”

The chief executive at Scor, Dennis Kessler, had sent a letter to Derez on 6 September asking him to resign from the board because of this conflict.

The firm said that its internal regulations state that “any board member in a situation of conflict of interest must resign from the board, within one month of being formally notified” of it.

Covéa proposed to acquire a majority stake in Scor, but the proposal was met with “unanimous opposition” from the firm’s executive committee.

The firm noted that Derez’s decision to “temporarily withdraw” from the board on 27 September was not set out by law, Scor’s bylaws or the board’s internal regulations and therefore has “no basis or legal significance.”

In a statement the company said: “Scor acknowledges the fact that Thierry Derez is finally facing the consequences of the general conflict of interest situation in which he found himself with regard to the company, which were recognised by three unanimous Scor board decisions on August 30, September 21 and October 23, 2018.

“This situation, which in particular was disrupting the proper functioning of the group’s management bodies, led Scor to ask Thierry Derez to resign as a director on several occasions.”

On 30 August 2018 the board of directors at Scor reviewed the terms and conditions of the acquisition offer Covéa made in detail and determined that is was “fundamentally incompatible” with its strategy of independence.

It said the proposal would “jeopardise the group’s strong-value-creating strategy” and that it did not reflect the intrinsic or strategic value of Scor.

Giving up his mandate

Scor explained that due to Derez’s “refusal to face the full consequences of this situation,” its lead independent director referred the matter to the Haut Comite de Gouvernment d’Entreprise (HCGE) on 12 October.

On 30 October the HGCE confirmed Scor’s position “in all respects and unequivocally.”

The HGCE said that neither the Afep-Medef code nor the French Commercial Code provide for temporary withdrawal of a director “insofar as the latter would be unable to simultaneously respect the obligations of abstention and attendance.”

This would therefore expose him to a “serious breach of the rules of the Afep-Medef code” which is a corporate governance code of reference for publicly traded companies.

It said that in these circumstances he must “give up his mandate.”

Scor said that it has not obstructed the exercise of Derez’s mandate, it simply asked him to “face the consequences” of the conflict of interest.

In September Kessler “hit out” at Covéa’s takeover. He fiercely resisted its 8.2 euro ($9.65bn) takeover offer.

Covéa still remains Scor’s largest shareholder with an 8.5% share of the voting rights.

Briefing: Scor is a terrible fit for acquisition hungry Covea 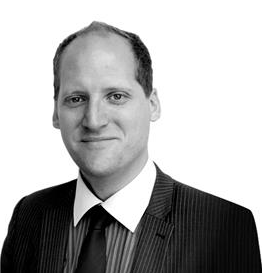