FCA launches consultation to crack down on appointed representative model

Amid fears of mis-selling, the regulator reveals that ‘the level of harm we are currently seeing is too high’

The FCA has launched a consultation that seeks to improve the appointed representative (AR) model because “the level of harm we are currently seeing is too high” and “there are real risks of consumers being misled and mis-sold” through the current approach.

For example, the principal could be an insurer, which has an AR relationship with a broker.

The consultation, which opened on 3 December 2021 and will close on 3 March 2022, aims to eliminate the “wide range of harm across all sectors where firms have ARs”, explained the FCA.

The regulator believes that consumer harm can arise from the AR model where “principals don’t perform enough due diligence before appointing an AR, or from inadequate oversight and control after an AR has been appointed”.

Its consultation, therefore, proposes changes to the AR regime to improve principals’ oversight of their ARs, as well as require principals to provide the FCA with more information on ARs – in turn, this should enable the FCA to spot risks more quickly.

The regulator additionally expects ARs to be more effectively overseen by their principals and is especially seeking views “on the wider risk posed by some of the business models operated by principal firms and whether setting limits on such arrangements may help to reduce potential harm”. 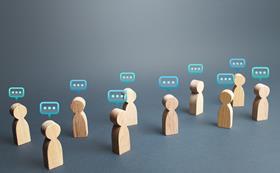 Although cracking down on the oversight of AR arrangements, the FCA hopes its suggestions will also retain the cost, competition and innovation benefits that can come hand-in-hand with AR relationships.

Sheldon Mills, executive director for consumers and competition at the FCA, said: “The appointed representative model helps bring choices to consumers, but the level of harm we are currently seeing is too high.

“There are real risks of consumers being misled and mis-sold with little scope for recourse.

“We have already started work looking at high risk ARs and these proposals build on that work.

“We want to ensure that principals are properly overseeing their appointed representatives, ensuring they are competent, financially stable and delivering fair outcomes for consumers.”

Data analysis conducted by the regulator in line with launching this consultation found that, on average, principals generate 50% to 400% more complaints and supervisory cases than non-principals across all sectors where the AR model operates, which it believes demonstrates that there are more issues arising from principals and ARs than from other directly authorised firms.

The FCA’s consultation pulls on the Lessons from Greensill Capital report, which was published by HM Treasury in July 2021. This discussed the case of financial services business Greensill Capital, which became insolvent in March 2021.

The report from the Treasury Committee said: “Greensill Capital was not regulated by the Prudential Regulation Authority (PRA) or the FCA and where Greensill needed to undertake regulated activities, the firm made use of the appointed representatives regime.

“The Committee concludes that firms may be using the appointed representatives regime for purposes well beyond those for which it was originally designed. It recommends that the FCA and Treasury consider reforms to the regime, with a view to limiting its scope and reducing opportunities for abuse.”