The £500m government-launched Film and TV Production Restart Scheme (PRS), designed to help the film and TV industry recover from the Covid-19 pandemic, has been extended for a further six months.

Paul Hillier, director of media, film and TV at Lloyd’s broker Tysers – who advised the Department for Culture, Media and Sport (DCMS) on setting up and adapting the scheme – described the extension as “fantastic news” because the “PRS was the only way to get projects back into production and the industry back on its feet”.

The PRS was first published back in September 2020 and was effective from October 2020. It seeks to support the TV and film industry recover from the economic impact of the coronavirus pandemic by underwriting Covid-19-related delays.

This aims to give productions confidence that they will be financially supported if future losses are incurred due to the pandemic.

The government website states that the registration deadline for the scheme is 30 April 2022, with claims able to be submitted up until 30 September 2022 for losses incurred up to 30 June 2022.

According to the DCMS, the PRS has supported over 750 independent film and TV productions and over 65,000 screen sector jobs in the last 12 months. Furthermore, the six-month extension will support a further 400 productions and help protect an estimated 34,500 jobs, it added.

Data published on 30 September 2021 by Marsh Commercial confirmed that the total production budget supported by the PRS so far is just over £2bn. Of the 213 claims received to date, 72 have been paid and 12 have been rejected. 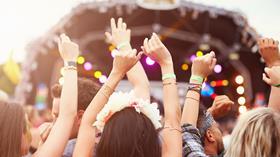 The broker also noted that as of 30 September this year, 71,964 direct positions have been supported by the PRS.

Getting back on its feet

“Navigating the last 18 months has been incredibly challenging for the industry. With no commercial insurers offering cover, the PRS was the only way to get projects back into production and the industry back on its feet.

“I was delighted to be involved in advising the DCMS on the scheme, which has provided crucial support for a huge number of our clients. While the rate has increased from 1% to 2.5%, the scheme is the most cost effective of way of covering a production for Covid-19-related delays.”

“Unfortunately, we had to shut down production for six months due to Covid-19 and had to make a complex claim. We were really grateful for all of the support and advice we got from Tysers. [Its] help really eased the whole process.”