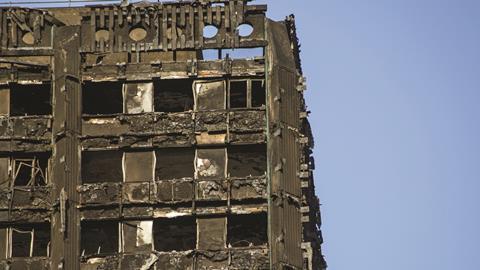 Owners of buildings which continue to use the cladding at the heart of the Grenfell Tower fire have been warned they will face issues with obtaining insurance cover.

As the initial findings of the inquiry into the Grenfell Tower fire, which claimed the lives of 72 people, were released today there have been growing concerns that over 20 high risk residential buildings under private ownership have yet to remove the cladding.

The first stage report examines the events of the evening and highlighted the use of the aluminium cladding on the outside of the building helped to intensify the blaze.

The report released by inquiry chairman Sir Martin Moore-Bick, found that the “principal reason” why flames spread up the side of the 24-storey block was that it had been refurbished with panels containing an aluminium composite with a polyethylene centre which “acted as a source of fuel”. It added as such the building was unsafe and people died as a result.

Earlier this week, housing secretary Robert Jenrick spoke to the local government select committee on the issue of the cladding and warned that the government’s patience was wearing thin.

He said despite a fund being created to help with the removal and replacement of the aluminium cladding there were still 22 “high risk” residential buildings under private ownership that showed no signs of making any efforts to remove it.

He warned that there was a now a view that these buildings and owners should be “named and shamed”.

The construction cover crisis: what we know so far and what next?

As the scrutiny increases around the use of the cladding insurers are now feeling the pressure over the ability of the building owners to obtain cover given the likelihood of wider claims and potential legal challenges should a fire occur.

Malcolm Tarling chief media relations officer the Association of British insurers said the issue is one that the industry is still pursuing with its clients adding those who still have the cladding will face at best further questions and a demand for greater risk management.

Struggle to get insurance

“Insurers have been asking for more information about types of cladding used on buildings so are probably aware of these already,” he explained. “They may well struggle to get insurance given the ongoing risks, but at the very least there are likely to be other preventative measures put in place until the cladding is replaced, such as 24-hour fire wardens.

“Insurers have been involved in helping building owners understand how they can help manage risks. Ultimately though, insuring these buildings will be a commercial decision for individual insurers, and there is a need for building reform to better protect property from fire risk.”

Tarling added: “Following Grenfell and the review of buildings with ACM cladding, most (if not all) insurers did a full review of the buildings they were on cover for and have since asked many more questions around fire risk management measures in place. Given this, we weren’t in a position where insurers pulled out of providing cover for these buildings immediately following Grenfell, but just ensured that they had adequate alternative fire risk management measures in place, such as the 24hr patrols.

“We are not aware of there being any sort of market failure for these buildings with ACM still on being unable to get buildings insurance.” 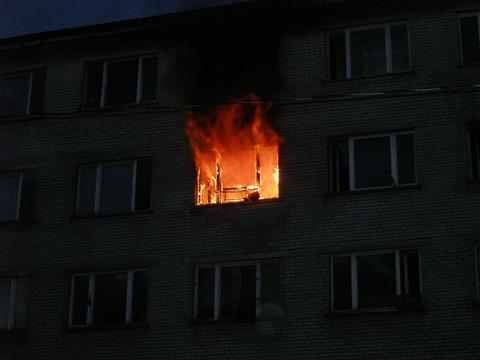