A Supreme Court ruling in favour of LV= in respect to the recovery of damages from an unnamed driver has divided opinion.

The case relates to an accident that took place in 2013. Bianca Cameron’s car was involved in a non-fault accident with a Nissan Micra, whose driver left the scene without stopping or reporting the incident to the police.

The registered owner of the vehicle, Naveed Hussain, was later traced but refused to identify the driver. It transpired that Hussain was not insured to drive the vehicle, which itself was insured with LV=, with a different name given.

Cameron at first tried to sue Hussain, but then amended her claim to include LV= in an attempt to receive a declaration that the insurer would meet the judgement against the registered owner, Hussain.

Initial judgement was awarded to LV=, but Cameron won an appeal against that decision with the appeal court ruling that ‘the court had a discretion to permit an unknown person to be sued whenever justice required it and that an alternative right of claim against the Motor Insurance Bureau (“MIB”) was irrelevant’.

Today’s Supreme Court ruling however overturned the appeal and reinstated the initial judgement made against Cameron, determining that she had alternative recourse to claim via the MIB.

LV=’s GI claims director Martin Milliner welcomed the decision but was scathing against its premise. “We’re extremely pleased that common sense has prevailed today and the Supreme Court has allowed our appeal. Although the case in question was a low value motor claim, the claimant’s arguments sought to drive a coach and horses through UK law.

“If this blatant attack on the MIB Untraced Drivers Agreement had been successful then it would have created a “fraudsters charter” that could have been abused by criminals for a safe passage through the judicial system.

“Even at this stage it’s unclear why this case got so far, when the claimant could have utilised the mechanisms already in place to recoup losses after an unknown driver incident. We can only speculate as to why.

“The concept that insurers could have been liable to satisfy judgments against unidentified defendants, without an opportunity to investigate the claim, could have had grave consequences for the industry and its customers.”

“We welcome further clarity given to this issue by the Supreme Court, and their reasoning, in favour of the defendant, is understandable.

“However, for insurers there is an element of heads we win, tails you lose where claimants are concerned, and while the law has been clarified, injured people may be disadvantaged as a result.

“The decision, which focuses on the issue of commencing proceedings against unnamed defendants, favours insurers over the claimant, in this case the innocent non-fault driver. This is because the insurer benefits from the vehicle owner’s decision to refuse to answer a simple question: ‘Who was driving your car?’

“We remain concerned, therefore, that the innocent party will be unable to recover damages directly from an insurer, even though the vehicle was insured and the owner of that vehicle was aware of the driver’s identity, but refused to share that information.

“As a consequence, the innocent party will have to seek redress via the MIB ‘untraced scheme,’ which lengthens the process, creates less control of their claim, and risks their damages being impacted by the MIB’s cap on damages, or less advantageous funding terms from solicitors, so reducing their eventual damages.”

Will Balfry, a member of the Forum of Insurance Lawyers motor SFT team commented: “This is a sensible decision which will provide clarity to the market. It will limit the number of claims made outside the untraced drivers agreement and reduce costs accordingly.

”The stack of claims stayed pending the outcome of the appeal will now have to be discontinued unless further evidence has come to light identifying the driver.

“The judgment this morning will allay concerns around fraud – the previous decision from the Court of Appeal left insurers open to an increase in fraudulent claims against unknown drivers in staged accidents.” 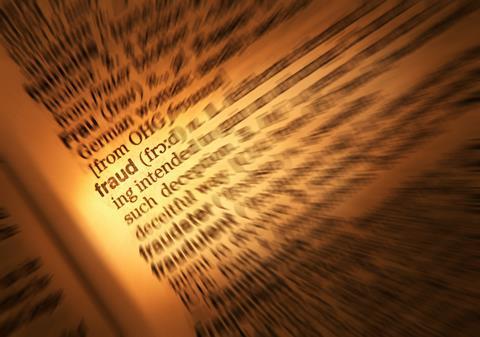