The High Court in Ireland ruled against FBD in February

Irish insurer FBD has cranked up its estimated cost for paying out Covid-linked business interruption (BI) claims from €150m (£127m) to €183m (£154m), according to the Irish Examiner.

Within the firm’s 2021 half year financial results published last week, FBD attributed the cost increase to higher legal costs, as well as a reassessment of the amounts that will be paid to its business customers based on the latest available information around reopening dates for pubs. 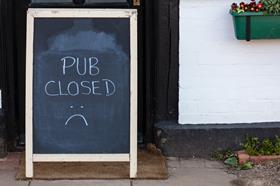 Following the FCA’s test case action in the UK, in February the High Court in Ireland ruled against FBD – it found that the insurer should pay out on BI claims for pub owners impacted by the Covid-19 pandemic, despite the insurer initially arguing that its insurance policies did not cover business interruption caused by the coronavirus lockdowns.

A quantum hearing on the level of the claims payouts took place last month - a final court decision is expected in December.

FBD said: “Once the judgement is delivered, we will make claims settlements as expediently as possible, with interim settlements of €20m (£17m) already paid.

“The issues to be agreed include the definition of imposed closure, the level of wages to be allowed and any compensation in respect of late payments.”