The FCA calculates that 26,238 policyholders out of 41,666 who have had BI claims linked to the test case action accepted have received at least an interim payment so far

Since the Supreme Court’s decision in January on the FCA’s test case around Covid-19-related business interruption (BI) claims, a total of £968,085,766 has been paid out by insurers for either interim or final BI claims payments across 26,238 claims, according to updated data published by the FCA today (16 August 2021).

In a ‘Dear CEO’ letter dated 22 January, the regulator outlined its aim to gather information on all non-damage business interruption policies that would be affected by the High Court and Supreme Court judgments – a list of the policies capable of responding to claims arising from the coronavirus pandemic was published on 12 March 2021. 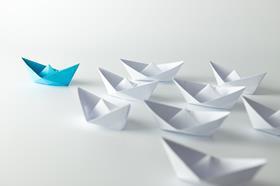 So far, this data has been published on a monthly basis since March 2021.

The regulator’s most current figures, which relate only to claims and complaints on non-damage BI policies that were directly affected by the test case, against its updated list of policies, found that as reported on 5 August 2021, the aggregate value of interim or initial payments that have been made for 5,040 unsettled claims amounted to £331,285,812.

This compares to 4,975 identified unsettled claims reported on 5 July that received interim or initial payments totalling £308,885,284.

The FCA calculated that on 5 August, 26,238 BI policyholders out of 41,666 who have had their claims accepted have received at least an interim payment from their insurer.