JLT plans for challenges of a no-deal Brexit

JLT chief executive Dominic Burke was talking about the challenges he was anticipating for the year ahead after announcing a half-yearly underlying profit up 10% on last year to £108.8m.

And he put Brexit at the top of the challenges the group were prepared for.

He said: “We continue to consider the implications of Brexit.

“We have enacted now a strategy on the assumption of a no-deal Brexit, so we are implementing our plans to ensure continuity of capability and service access to our clients in continental Europe by ensuring we are wholly compliant with a no-deal Brexit.

“We are implementing that now with our clients and ensuring we have a robust operational delivery capability for our clients and they have access to the full benefits of JLT in a no-deal Brexit.

“We are deploying the execution of our plans. They’re perfectly deliverable, they’re well thought through.

“It’s certainly a challenge, but it’s one that I don’t contemplate not succeeding in.”

The results showed reported pre-tax profits down 9% to 89.4m as the group’s global transformation plan only brought in benefits of £6m in the first half of the year.

But Burke said the plan was still on track.

He said: “The specifics as to a moment in time is always difficult.

“We think we are tracking on plan to a total annualised benefit of £40m, which is a very material sum of money.

“Will they vary over a tipping date like a half year? You can’t be precise, but we’ve got pretty good guidance and modelling.

“I would be surprised if we missed this number.”

The group last week acquired robotic advice company Moola for its employee benefits business, but on the broking side of the business Burke confirmed they were still looking at deals in the UK and globally.

He added: “We continue to be acquisitive on a bolt-on strategy basis.

“I would imagine if everything went to plan we would have another acquisition to announce in the second half of the year.

“I don’t think anyone should bake things into their numbers, but we are busy and there are a lot of conversations going on.” 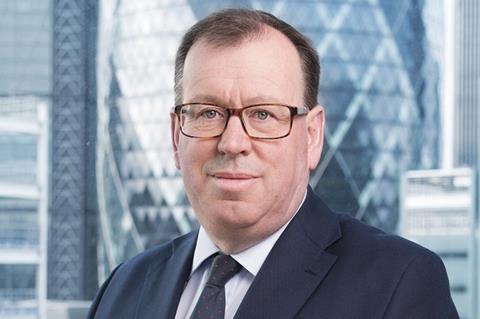