Motorsport is set to become exempt from the European Union’s Motor Insurance Directive (MID) after the European Parliament and European Council reached an agreement to revise the current directive.

As reported in Formula Scout, the Vnuk motor insurance ruling has for several years received backlash from those in the motorsport industry due to it requiring a wide range of mechanically-powered vehicles, including those driven on private land such as a racing circuit, to be insured. 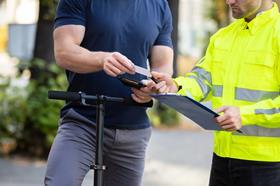 This would mean that any collision in European motorsport would be treated as a road traffic incident.

Following a legal judgment by the Court of Justice of the European Union in September 2014, the Vnuk ruling requires vehicles such as e-scooters and ride-on lawn mowers to have insurance, even on private land.

The ruling applies to vehicles that did not previously need insurance, for example golf buggies and quad bikes.

Alistair Kinley, director of policy and government affairs at law firm BLM, told Insurance Times: “Of course, it makes sense to remove motorsports such as Formula 1 from a motor insurance regime designed for road cars such as Fiats and Fords.

”The European Parliament described the current position as ’absurd overregulation’ and this February, the transport secretary described it as ’over-the-top law’ and published research estimating the potential additional insurance cost at around £450m a year.

“Despite this, the UK government seems to be dragging its feet and four months on we’ve yet to see just how it is going make the necessary change in the law.

”As and when it does, off-road risks and non-standard vehicles will not be shoehorned into motor policies, meaning it will be really important for users and owners, including anyone involved in motorsports, to arrange appropriate cover - such as public liability insurance and personal accident policies.”

In the UK, the impact of the ruling’s implementation on the motorsport industry would be increased insurance payments reaching around £458m per year.

However, the UK’s exit from the EU has enabled it to fully dismiss Vnuk, following a government decision in February.

The first formal proposal to revise the MID in the motorsport industry’s interests came in 2018 following several years of public complaints.

The global governing body for motorsport – Federation Internal de l’Automobile (FIA) - has continued to push for an exemption for motorsport from the Vnuk ruling across Europe.

This required all member states in the European Parliament agreeing to the change. Now a deal in parliament has finally been struck, it will need to be formally approved by the European Council.

There were five different motor insurance directives in the 20th century, with the aim of simplifying and protecting driving across Europe.

However, 12 years ago these five directives merged into the current EU MID.

Kinley added: ”We know from our insurance clients and other motorsports stakeholders that since the publication of the Vnuk judgment, all they have wanted is clarity and certainty.

”After seven years, we are finally getting ever closer to the sensible conclusion that motorsports will sit outside a compulsory insurance regime that was never intended to catch them.”

Meanwhile, Glyn Thompson, head of FOIL’s motor sector focus team and technical lead for motor at Weightmans, said that motor sport fans and those engaged in the motor sport industry across the EU will welcome news that Vnuk compliant insurance will not now need to be carried by those engaged in motorsport throughout the EU.

He continued: ”The EU decision to exempt motorsport from the effects of Vnuk will certainly alleviate concerns within that industry as it operates across the EU regarding the need to obtain cover for such a high risk form of driving, a requirement which was set to have a devastating impact and threatened the commercial viability of the entire sport across that territory.

”The UK government has already announced that it intends to overturn the effects of Vnuk at least as regards the use of vehicles on private land (which would cover private racing circuits) and also in respect of certain types of ‘vehicle’ for example a ride-on lawnmower.

”As with the EU, that decision will require equivalent ‘exempting’ legislation to be passed into UK law. Brexit alone does not disapply the effects of Vnuk. The motor sport and insurance industries here in the UK now await the UK government’s exact proposals in that regard. Until then, Vnuk strictly continues to apply in the UK and the cloud that seems to be moving away from the EU stubbornly remains above us here.”