The new broker has appointed a series of ’insurance heavyweights’ and entrepreneurs; it hopes to expand further in the coming months

Broadway Insurance Brokers has generated more than £500,000 in gross written premium (GWP) only three months after its launch.

The Cheshire-based boutique broker was set up by chief executive Daniel Lloyd-John after a six-year spell at Marsh and McLennan as director.

The firm has made a series of key appointments, including Manchester Insurance Institute president Eleanor Moore as its private client director, and ex-C&C Insurance Brokers Geraint Jones as its new senior private client executive.

The broker now has a total of eight employees and hopes to expand further in the coming months. 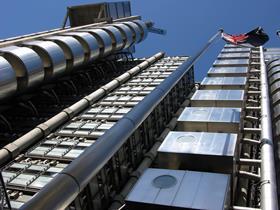 Lloyd-John said: “Having worked in the insurance industry in the North West for some time, I was aware of the opinion that there simply wasn’t a broker which specialised in supporting some of those individuals who have helped make the region’s economy so vibrant.

“Broadway was set up not to provide them with a generic [service], but a tailored approach to risk management, both for their own businesses and their lives away from the office.

“I think that the progress which we have made since we launched bears out the reason for starting the business.”

Moore brings 15 years of experience as the head of private clients at C&C Insurance Brokers, where she worked with Jones.

Lloyd-John continued: “We are all very conscious, however, that this is only the beginning.

”We have grown almost exclusively by word of mouth because of our unique attitude to insurance and the very high standards of service which we have set.

“We are committed to making those improvements and adding those personnel who we feel can make a positive difference to the lives and businesses of our clients.”

“We’re all tremendously excited by what’s ahead,” Lloyd-John added.