With Brexit underway, the creation of London Re is aimed at directly serving clients in the European Union

London Re is based in Dusseldorf Germany, but also has a branch in London.

It aims to offer independent broking solutions for clients in the European Union to help brokers accessing products on the London Market such as property and casualty, marine and motorsport.

It is regulated in Germany and has FCA approval for its UK arm.

Paul Anscombe, chief executive at Seventeen Group said: “When we considered the impact of Brexit on James Hallam [broker owned by Seventeen], we decided without hesitation that we wanted to create a business which could directly service EU clients and brokers in the future.”

”Setting up this new venture during lockdown has been a mammoth task for both parties but this is a very significant new chapter for our respective businesses and one which adds greatly to our strength in a rapidly changing world.”

MRH Trowe employs around 450 staff across twelve offices in Germany and one based in Vienna. 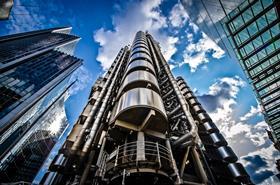 Read more…What will the post-lockdown London Market look like?

Maximilian Trowe at MRH Trowe, is also the joint managing director of London Re.

Trowe said: “Establishing direct access to Lloyd’s of London has long been a strategic goal for MRH Trowe and we are excited that this became feasible through the personal relationship with Seventeen Group.

“London Re enables us to counter the capacity bottlenecks of insurers existing in the EU market and to offer support to medium-sized brokers for complex risks.

“We see tremendous opportunity within MRH Trowe’s client’s needs as well as the need for the services London Re offers to brokers across the EU.”

Meanwhile, speaking about the joint venture and Brexit, Anscombe continued: “We have known MRH Trowe for many years and respected the quality which Trowe and his team have brought to the German and Austrian markets.

”Our head office in Dusseldorf puts London Re in the heart of Europe and therefore offers us significant opportunities to work with the world leading skills contained within the London Market on European risks.”

“We also recognised that it would add enormous strength to work in partnership with a broker whom we felt shared our ‘independent broker spirit’ and culture,” Anscombe continued.