And as it seeks to further expand its book next year, founder and chief executive Bundeep Rangar revealed he was looking to launch an acquisition finance product next year, to further meet broker demand.

PremFina only began offering non-recourse premium finance to brokers at the start of this year, but it already takes up 10% of the book.

Rangar said: “Brokers were coming to us and asking for non-recourse. The risk of it meant we didn’t want to do that in our early years, but now we have a higher value of loans we can absorb some of that. Our funders are now more comfortable with it.”

But when commenting on which policies it would offer non-recourse deals for, Rangar said it came down to whether the capacity provider passed PremFina’s own financial tests – rather whether that insurer is rated or unrated.

And he said it was also important PremFina did not have an overly high exposure with a single provider, when considering whether to offer a non-recourse deal.

A fast-growing exposure was one of the reasons given by Close Brothers last week for why it had decided to stop offering non-recourse deals to brokers backed by unrated Danish insurer Gefion.

A spokesperson for Close Brothers said: “Whilst we do not want to limit the choice of insurers for both our brokers and customers, Gefion is a relatively new insurer and we have a fast-growing exposure to them, which we want to limit.”

Gefion took on many new customers following the collapse of fellow unrated Danish insurer Alpha earlier this year, with growth in the UK booming.

But Rangar said for the moment PremFina is satisfied with Gefion’s financials, and given their low exposure to them, would be open to offering non-recourse deals.

He said: “We don’t have any exposure to Gefion, so we have some capacity to take some via mitigated risk.”

But he said this was treated on a case by case basis.

While he said the proportion of business could potentially grow to up to 20% over time, he said for the foreseeable future he wanted to keep to the 10% area.

But as the book of business grows, a greater quantity of non-recourse deals will be signed.

“We’ve won a lot of brokers this year and I certainly think that dealing non-recourse sends a positive message to the market that they don’t have to look elsewhere,” Rangar said.

“We look at it on a case by case basis, but we are certainly open to it and having a pricing discussion around it.

“We want to be working with brokers to make their business easier. So far as we can price the risk we are open to possibilities.”

Another area of financing PremFina is moving into in response to broker demand is acquisition finance.

He revealed Premfina was already in talks with brokers requiring funds to acquire other brokers, and hoped to have that product on the marketplace next year.

From writing the news to making it: Bundeep Rangar aims high 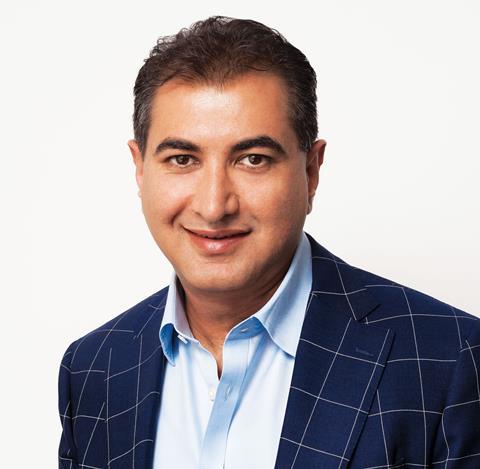