The UK has seen a 14.8 points increase in its short-term political risk score - the largest improvement across Europe according to research by Marsh JLT Specialty’s credit specialities practice.

Despite this improvement, the report noted that focus will now shift to the UK’s negotiations with Europe following its exit from the European Union (EU) on 31 January.

“A transition period will come to an end in December 2020, and pressure to reach a trade deal will increase throughout the year,” it said.

“The EU will look to offset Brexit’s financial impact by seeking increased member contributions to its budget, while the new European Commission President, Ursula von der Leyen, will seek to launch plans for a European ‘Green Deal’ in 2020.”

Currently, the UK’s political risk score is defined as ‘stable’, according to the report findings – this is a score between 80 and 100 on the short-term political risk index.

This is also reflective of the report’s country risk index, which again places the UK in the ‘stable’ end of the spectrum, with a score between 70 and 79.

These risk scores are based on three categories: political, economic and operational risks. The scores also take into consideration both short and long-term threats to sustainability.

The regions with the most unstable risks include Africa, South America and China.

The report stated: “While the Political Risk Map 2020 highlights a challenging geopolitical and economic outlook, there are pockets of significant opportunity.

“Emerging markets are expected to perform well in 2020, with real GDP growth of 4.3%, up from 3.9% in 2019. Markets across Sub-Saharan Africa, Asia, and beyond require investment in transport infrastructure, logistics networks, and power assets. Foreign expertise and financing can be critical in developing such assets.

“However, firms looking to capitalise on such opportunities must navigate a complex and dynamic risk environment. Businesses can be exposed to political risks including currency inconvertibility, trade embargoes, seizure of assets by host governments, and political violence. Similarly, elevated levels of sovereign debt and weakened macroeconomic fundamentals elevate non-payment risks when engaging in contracts with host governments.

“Political risk insurance (PRI), alongside a sophisticated understanding of the political risks facing a business, can help firms to manage their exposure and realise opportunities.”

What is political risk insurance (PRI)?

The private PRI market offers a set of credit and political risk coverages that policyholders can buy individually or together to create a bespoke insurance programme.

The report continued: “Amid dynamic geopolitical conditions and economic uncertainty, insurer appetite for political risk is strong. The PRI market has developed considerable depth in recent years, and available insurance capacity has never been better.

“In addition to the PRI market, firms can cover associated security and people risks through political violence and terrorism coverage, as well as kidnap and ransom insurance.”

Nick Robson, global practice leader, credit specialities at Marsh JLT Specialty, added: “While this year’s Political Risk Map highlights a challenging geopolitical and economic outlook, there are very significant areas of opportunity for organisations that are equipped to navigate the complex and dynamic risk environment.

“Developing a sophisticated understanding of the political risks facing their business, alongside political risk insurance, can help firms to manage their exposure and fully realise the opportunities for growth global trade and investment brings.”

The US ransomware experience: Is it UK bound? 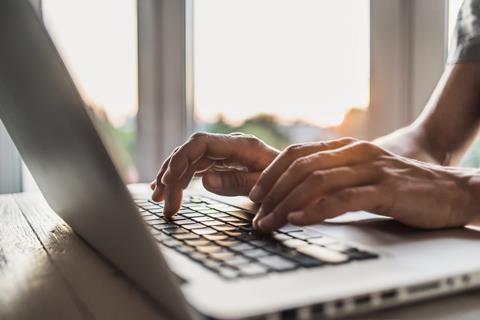