The All England Lawn Tennis Club (AELTC) chief executive Richard Lewis has confirmed that beloved tennis tournament Wimbledon may not be able to survive a second cancellation next year as it is “impossible [to get pandemic insurance] in the current climate”, as reported by The Metro.

Wimbledon was hailed as one of the lucky few early on in the coronavirus pandemic, as it was revealed that the AELTC had been paying pandemic insurance covering the annual championships for the past 17 years, with a premium of around £1.5m a year.

Following the event’s cancellation due to Covid-19, AELTC was predicted to receive a £114m pay out, as reported by Insurance Times in April.

However, Lewis told The Metro that the pay out amount, which is protected by commercial confidentiality, had not yet been fixed.

Despite being in this protected position currently, Lewis added that if the same pandemic situation arose next year, leading to a second cancellation of the Grand Slam tournament, the club would not be able to enjoy the same security.

“No that’s impossible [to get pandemic insurance] in the current climate,” he said.

“What I would say about the future though is that when I first started in 2012, there were some signs that things were not insurable, because of communicable diseases that had taken place like SARS and swine flu.

“In the immediate aftermath, you can’t get insurance but fairly soon after that, you can start to get insurance again, the market returns. So, there won’t be insurance next year, but I think in the medium-term, just because we’ve made one claim it won’t affect us in the long-term.”

Lewis also emphasised that an insurance pay out was not the motivation for cancelling 2020’s event.

He continued: “I think I emphasised it when we cancelled; we cancelled because we had to cancel. There was absolutely no ifs nor buts.

“The fact we had insurance was incidental in the sense it’s then triggered once you make the decision to cancel. I think there will be a lot learnt between now and next year from a scientific point of view, behavioural point of view, organisational point of view that will be very different from this year.

“I don’t think the insurance aspect will be relevant. It genuinely wasn’t relevant this year. If we could have staged the championships in some shape or form then we would have done.

“I think next year the lack of insurance, again, Wimbledon will do what’s right for the championships long-term, not take a short-term decision.”

Not all of the tennis world has fared as well as Wimbledon, however. Both the United States Tennis Association and French Tennis Federation did not have pandemic insurance – the bodies will push ahead with their events - the US Open and Roland Garros - in the coming months. 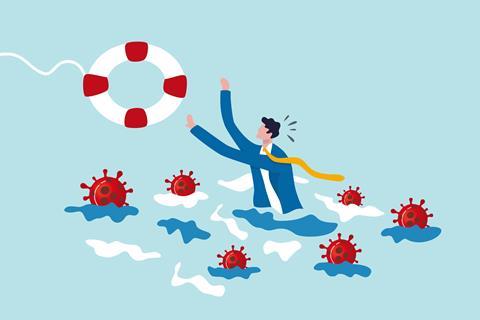