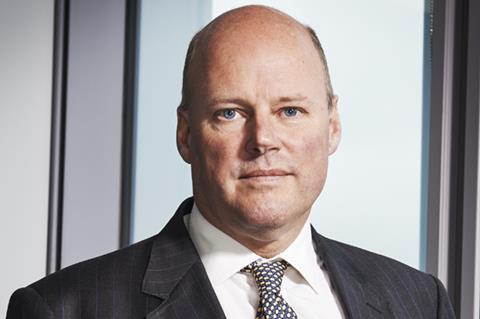 RSA’s UK premiums grew in the first nine months of 2015 helped up by the growth in its commercial lines business.

RSA does not report profits in its quarterly updates but said its underwriting performance in the UK, Canada and Scandinavia was ahead of the same period last year and ahead of its plan.

UK net written premiums were up 2% before the impact of group reinsurance.

The insurer said the growth came as a result of its underwriting discipline.

In UK commercial lines, net written premiums were up 5%. Property growth of 7% reflected continued strong progress in real estate and renewables. In commercial motor, Motability is driving overall growth of 21%.

Marine premiums were flat as the insurer says it is focusing on transportation and cargo whilst writing selectively in Hull. Liability premiums were up 1% reflecting modest growth in all casualty lines except for PI, where it has seen a small contraction.

In UK personal lines, net written premiums were down 4%, partly due to the ongoing impact of RSA’s withdrawal from certain business lines.

Household premiums were also down 8% as it continued to maintain rate discipline in a competitive market, while motor premiums were down 3%.

The insurer said: “We have maintained pricing discipline with year-to-date average rate increases on renewed motor business of 4%. Pet growth of 6% was driven by continued rate increases to cover rising claims inflation.”

Currency movements affected the figure and when this effect is stripped out premiums were up 1%.

RSA group chief executive Stephen Hester said: “We are very pleased with progress to date in RSA’s turnaround. If we can keep the improvements coming, the future is bright for RSA as a high quality, high performing leader in its markets.

“Our plans are based on three pillars of work, each going well. The strategic refocus is nearing completion with the sale of our Latin America businesses announced in September, the last major element. Our balance sheet and capital work is also approaching satisfactory outcomes. And our complete operational overhaul of the business is showing good results and gathering still further momentum.

“Zurich’s unsolicited approach to RSA was a distraction in Q3. It is pleasing that our business continued to perform well despite that. A tribute to our people and franchise.”