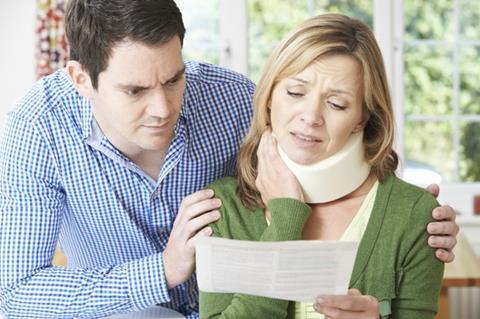 The Solicitors’ Regulation Authority (SRA) has said it will carry out further investigation after a study it commissioned found continuing concerns about the £3bn-a-year personal injury market.

The study was conducted by ICF consulting and involved a survey of more than 250 firms and interviews with regulatory and representative bodies, trade associations, insurers and the judiciary.

The study found that the market was generally adapting well to the changes wrought by recent reforms, including the Legal Aid, Sentencing and Punishment of Offenders Act 2012, which came into force in April 2013. The Act included a ban on personal injury referral fees, which were paid to compensate those passing on details of accidents to lawyers.

For example, there is a perception that there are now fewer frivolous bodily injury cases, and that the relationship between law firms, insurers and medical reporting organisations had improved since the introduction of MedCo, the government’s independent medical reporting portal.

But it also found that personal injury market participants were still worried about a number of areas.

Only four percent of respondents believed the quality of medical reports had improved, and many had felt they had deteriorated.

A further concern was the diversification away from road traffic accident personal injuries into other areas, such as clinical negligence, occupational disease and noise-induced hearing loss (NIHL).

Several respondents raised concerns about the lack of knowledge within law firms to deal with such cases appropriately, which could result in poor client service and ill-conceived court proceedings.

The SRA said that since 2012, fewer than one fifth of the 200,000 claims for NIHL have been eligible for compensation.

SRA executive director of policy Crispin Passmore said: “This survey suggests that in many instances claims are legitimate cases that are well handled. Yet people still have concerns about some poor practice.

“We are now carrying out a more in-depth review to fully understand the nature, extent and impact of any concerns. We can then take appropriate steps to help manage any risks and raise standards.”

The SRA said it would publish the findings of its in-depth review next year.