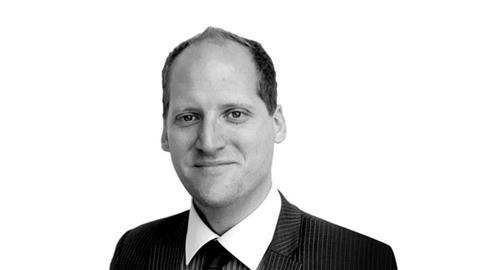 Willis was a big opportunity for JLT, but it slipped by the wayside

It’s the multi-billion pound deal that few saw coming. But dealmakers on both sides would have been working on this throughout the year.

Finally, the deed is done. So why now?

The biggest reason is simply that JLT had no where else to go if it wanted to gain greater size.

Word on Lime Street is that JLT management had been keen on a transformational deal that could catapult the broker into North America and scale up to comparable size with Aon and Marsh.

The one big deal in town was Willis.

If JLT had moved quicker, perhaps the story would have taken a different script.

Instead, Willis merged with Towers Watson, scuppering any chance of a JLT tie-up.

JLT never wanted Towers Watson, and like many in the market, it is quite conceivable management saw the WTW merger as a strategic blunder.

Despite this, JLT was still the ne plus ultra on organic performance, led by the stellar Dominic Burke and his ever-reliable chairman Geoffrey Howe.

But this presented another problem.

Burke has to leave at some point, having been at the firm since 2000, and finding a replacement to repeat his outstanding leadership would present a near impossible task.

Another consideration might well have been JLT’s debt levels. According to Insurance Times Top 50, debt is more than 3.5 times earnings.

Although there is no imminent danger, it still arguably inhibits progress. For example, any major acquisition deal would likely have to exclude debt, being funded by equity and free cash flow.

A way to sovle all this would have been by JLT’s major shareholder, namely Jardine Matheson, delisting the broker and buying it up in full, taking it into their corporate family.

Jardine Matheson is a powerhouse with $40bn annual revenues, dwarfing Aon and Marsh.

It could have backed JLT and paved the way for a new era where the broker stood side by side against Aon and Marsh.

This was certainly a viable option, even if there are staff on share-related performance, and it would have been a bit messy in the short term.

But in the end, perhaps wary of over-committing to a business which is not their core, Jardine Matheson went for a sale.

JLT shareholders got a great price, and considering all the issues outlined, the decision was understandable.

For Marsh, in an era where organic growth is a tough business, making acquisitions is a sensible option - and they don’t come much bigger than JLT.

Yet, in time, it will reduce choice for the customer as JLT integrates into Marsh.

JLT has been an excellent business, and credit to their management and staff for making it so.

Ultimately, though, as the old adage goes, all good things must come to an end