The Knowledge: People and Talent - The Buy

We look at how pay, training and development are key for attracting talent and keeping it 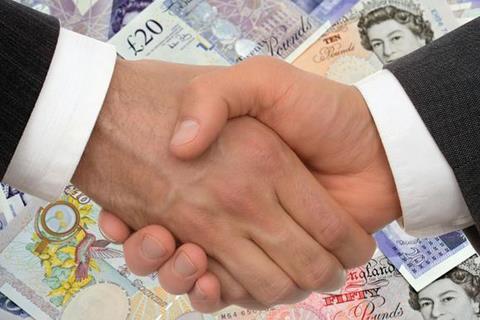 A soft jobs market for banking roles is benefiting insurance firms as they look to recruit their next generation of talent.

The industry is also winning applicants as young people research their career options more thoroughly, and gain a better understanding of what insurance offers. Reports of 2,000-3,000 candidates applying for typically 40 places on insurance graduate training schemes are commonplace.

Zurich learning and development manager, commercial broker, Richard Smith says: “Every person I interviewed for our graduate scheme had done significant research into why they wanted to work in insurance. My deduction was there was a genuine interest in coming to work in the insurance community.”

New government-backed apprenticeships have provided another route for new talent into the industry. Lockton partner for operations, training and development Rachel McDonnell says: “Apprenticeships have been really popular in the regions. Our new hires go through a two-year training programme - three of six have finished so far and they’ve all stayed with Lockton.” The firm is now in the design stage of a new graduate trainee scheme, which is due to launch in May.

Does your company offer work placements or internships to school leavers or graduates?

The volume and quality of applicants is up. Aviva reports 10 times more applicants for its 2012 programme compared with 2011, Marsh has had 2,700 candidates fighting for just 15 places, and Allianz Commercial received 3,000 applications for 20 graduate spaces.

“Young people are fast-moving and have a thorough idea of what they want to achieve. A deciding factor for us was: do we see this person sitting on our executive leadership team?” says Richard Smith, Zurich learning and development manager.

The number of government-funded apprenticeships hit the 450,000 mark in 2011, up from 200,000 in 2007. Bluefin has an active apprenticeship scheme, with one candidate on the government’s National Apprentice of the Year Award shortlist.

“Our retention rate for young people doing their CII certificate is 98%. We reap the significant benefit of keeping them and their expertise, giving better service to clients. You have to speculate to accumulate.” says Andy Parsons, Bluefin director of training.

Pass rate in Award in Insurance

For commercial reasons, the CII is coy about the total number of applicants taking its exams. But, based on the fact it had the highest level of membership ever last year, numbers qualifying are thought to be significantly up, even despite the small drop in pass rates.

Allianz is sponsoring 40 brokers from companies with, or aiming for, chartered status.

“We want to put a marker down. We want our brokers to get chartered and we are helping their staff to do it,” said Allianz Commercial general manager Chris Hanks.

To achieve chartered broker status, firms need to have 90% of client-facing staff enrolled with the CII.

“It’s a huge commitment. If you achieve gold status under the Aldermanbury Declaration, are insurers going to recognise that?” says Bluefin director of training Andy Parsons.

Quality of experience for the client is at the heart of the push toward professionalism. But commercial benefit will also need to flow for training efforts to become embedded as a part of the normal business culture.

Total graduate scheme intake at Lloyd’s is down this year owing to cutbacks and an efficiency drive. But intake has held up within the claims field, after the corporation identified a need for succession planning specifically in this area of the market.

Glamour, pay and kudos form a big part of the Lloyd’s pull at a senior level.

‘Whether you’re dealing with huge shipping risks or catastrophes or space exploration, when you’re in the pub of an evening and you say: “I’ve been involved in this big project today”, your mates go “Wow!”’
Eric Linin, Lloyd’s senior talent and learning manager

‘Pensions at Lloyd’s are generous - they’re more akin to the public sector. And there’s the potential for international travel. We have country offices that do research into regulations abroad and gather marketing intelligence’
David Banner, senior recruitment manager