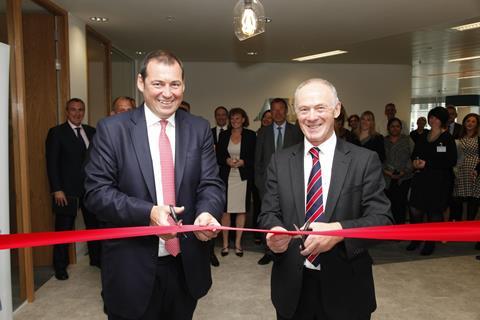 Towergate is proposing to close its small business unit in Manchester,Insurance Times can reveal.

The closure would put 176 jobs at risk of redundancy.

The broker has today entered into a consultation period with the staff at its contact centre in Manchester. It is expected to last for 45 days.

Following a review of the business, Towergate said it was proposing to close the unit and move customers currently served at this site to other specialist teams in the group.

“Regrettably, this has resulted in 176 employees being placed at risk of redundancy,” a Towergate spokeswoman said today.

“This proposal is subject to a 45-day consultation process, during which the business is fully committed to mitigate the need for redundancy through redeployment opportunities across the group and our wider collection of sister companies.

“We will now focus on making every effort to ensure that staff affected by this proposal are given all the support they need during this time of uncertainty.”

The proposed closure would not affect other businesses based in the same office at Spinningfields, Manchester.

This includes the Manchester Broking Advisory branch with around 100 people and other central functions teams in claims, finance and HR.

The Towergate spokeswoman added: “We will not be sharing any further information at this time as we focus all our efforts on supporting those in receipt of this news today.”

When the unit was opened in August 2014 by former chief executive Mark Hodges it was going to create 400 jobs and was designed to handle small business customers with an annual premium of less than £5,000.

However, since its launch it has encountered a number of difficulties.

In its 2014 results Towergate said the set-up of the SBU caused “material disruption” to the business during the year and blamed it in part for the broking division’s 8.4% organic revenue decline.

The company still backs the SBU concept but blamed the execution of the project for the unit’s troubles.

During an interview with Insurance Times in November 2015 the then new chief executive David Ross said that the centre had been a “very unfortunate, overly ambitious, poorly executed catastrophe”.

But he tempered his comments by saying that the people who were working on it “did the best they could in difficult circumstances”.

He also praised SBU staff for being “incredibly tolerant and accepting of the apology they have been given for the fubar that we created”.

Insurance Times understands a number of actions were carried out to improve the performance.

Towergate transferred the retail business handled by its Milton Keynes operation to other offices, including the Manchester SBU.

The unit also had a management clear-out. Both SBU chief executive Neil Galjaard and his replacement Ceri Henfrey left in late 2015.