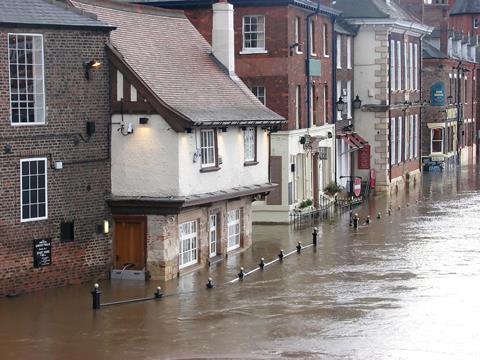 This year’s UK floods were the costliest since 2007, according to the latest report by Aon Benfield.

PwC previously estimated the flood losses for insurers to be as high as £500m, raising the total UK flood insurance losses to around £1bn for 2012.

That figure was dwarfed by the £3bn in claims processed in 2007.

Excessive rains also caused flooding along the Drava and Sava rivers in Slovenia and in Croatia, damaging more than 4,500 structures and resulting in an estimated economic loss of €209m ($265m).

Steve Jakubowski, president of Impact Forecasting, Aon’s catastrophe model development centre, said: “Europe traditionally suffers periods of flooding throughout the year, and since it is a highly insurable peril across a large proportion of the continent, insurance losses can be significant.

“We have made advances in our understanding of the flood peril, particularly in the aftermath of the Thailand floods in 2011, and in response, Aon Benfield continues to develop and revise its modelling suite so insurers and reinsurers can better quantify their flood exposures.”

Also in November, a magnitude-7.4 earthquake struck offshore Guatemala, killing at least 52 people and affecting at least 30,870 homes in 21 separate regions. More than GTQ800m ($102m) were made available to assist with the recovery.

Further, at least 26 people were killed and 231 injured after a magnitud 6.8 earthquake struck northern Myanmar. Thousands of homes and other structures were damaged. MMK1bn ($1.17m) was allocated for disaster relief.

In Iran, a magnitude-5.5 earthquake injured at least 55 people, with the majority of damage concentrated in the East Azerbaijan Province.

In addition, two waves of winter storms resulted in a combined $338m in economic damages across several Chinese provinces.

Sandy, which struck at the end of October, killed 131 people in the USA, and caused at least $62bn in economic losses. It is now the second-costliest storm in US history after Hurricane Katrina in 2005.