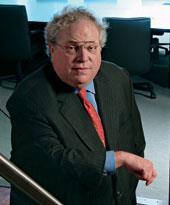 US insurer WR Berkley has appointed its first-ever UK claims panel, with six firms on the roster, according to a report by Legal Week.

Reynolds Porter Chamberlain (RPC), Kennedys, DAC Beachcroft, CMS Cameron McKenna and Reynolds Colman Bradley have all been appointed to the new panel, with Clyde & Co also set to take a spot after terms have been finalised.

The firms – which have been appointed for one year as of 1 April with an annual renewable contract in place – will handle UK-related claims work across WR Berkley’s core property casualty insurance business.

The panel will also be used for some European claims work for the insurer’s offices in Dublin and Madrid.

WR Berkley, which is based in Greenwich, Connecticut, has grown its UK footprint over the last decade after it became one of the first major entrants into the UK solicitors’ professional indemnity market in 2003 when it launched in London.

The Fortune 500 company has offices in 11 countries outside the US and an annual turnover of around $5bn (£3.1bn).

Earlier this year RPC and CMS were given roles on two new Aviva panels, with RPC one of four firms appointed to the insurer’s UK catastrophe loss panel alongside Herbert Smith, Mayer Brown and Clydes.

CMS and Clydes were both appointed to Aviva’s UK reinsurance panel in January this year.

RPC is set to launch its second international office with the recruitment of four partners from legacy Barlow Lyde & Gilbert’s Hong Kong office, with all seven legacy partners leaving the firm.