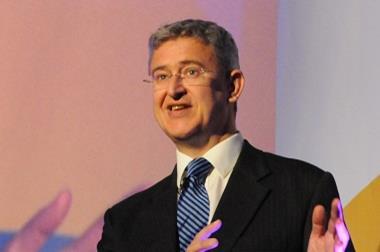 Evans, currently group chief executive of AXA UK and Ireland, has chaired the ABI since October 2014.

Evans is moving to a group role at AXA and will become the French insurer’s chief executive of global life and savings and global health operations on 1 July.

Briggs has been deputy ABI chairman since November 2015 and is currently chairman of the ABI audit committee.

Briggs said: “I look forward to working with Huw Evans, director general, and his team to ensure that that we continue the important work of this industry in overcoming the challenges we face and focusing on the role insurance plays in our society and everyday life.”

Evans said: “It has been a great honour to serve as chairman of the Association of British Insurers over the past two years. I am very proud of the progress Huw Evans and the board have made during this time.

“It now gives me great pleasure to pass the chairmanship to Andy, who brings enormous experience and personal commitment which will serve the ABI and our members well. I wish him every success over the coming two years.”

Geddes said: “I am delighted to be chosen as deputy chairman of the ABI and feel that this is a great opportunity for continued collaboration as an industry. I look forward to working with Andy Briggs to keep pressing for reforms where they are needed most.”