But two car households will be £37 worse off a year, says AA 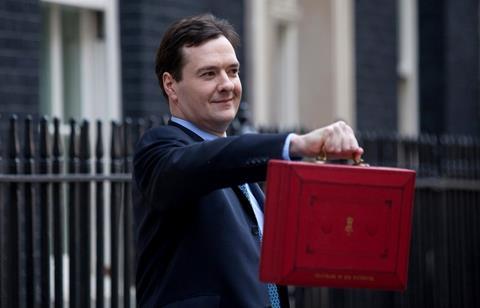 The hike to insurance premium tax, unveiled in yesterday’s Budget, will net the Treasury an additional £1.6bn in revenues per annum, while leaving the typical two car household up to £37 out of pocket.

The Budget report shows that the government expects that the increase in the basic rate of IPT to 9.5% will raise an extra £530m during the current financial year.

The extra £1.6bn per annum expected to be generated via IPT is outstripped only by the additional £2bn per annum by 2020-21 due to be raised via changes to dividends tax.

The 3.5% increase also represents the biggest single rise in the tax’s headline rate since IPT was introduced in 1996.

AA Insurance has calculated that the increase in the rate of IPT will add £17.50 the cost of the average quoted policy in its benchmark British Insurance Premium Index.

Ben Flockton, insurance tax partner at PwC, estimated that the cost of the average buildings and contents policy will rise by £12 as a result of the IPT rate increase.

Janet Connor, managing director of AA Insurance attacked the government for using the recent falls in insurance premiums as cloak to justify raising the IPT rate.

She said “This will hit motorists and home owners hard. The contention that falling premiums somehow justifies the tax increase is outrageous.

”The increase in IPT simply hasn’t been thought through and will have unintended consequences.

“Because of intense competition, new business is usually sold at a loss. This can therefore only put greater upward pressure on premiums as a whole.

“Premiums are beginning to rise again and the additional IPT burden will make insurers think again about their pricing and I would not be surprised to see an overall increase of 10% or more by the end of the year and continuing upward pressure into 2016.

Daniel Lyons, indirect tax partner at Deloitte, said while not a particularly high profile tax, the IPT increase would hit most consumers and businesses indirectly.

He said: “The increase in IPT is likely to be passed on to policyholders by insurance companies.”