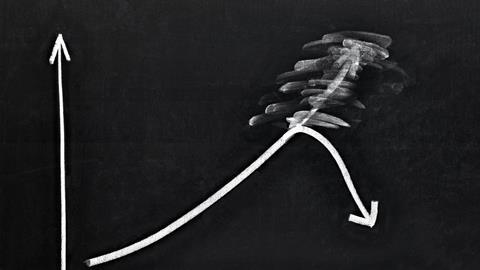 Comprehensive car premiums fell 4.9% in the third quarter of 2017 when compared with the second quarter, the latest AA figures show.

This follows a period of sharply rising rates in response to the cut in the Ogden discount rate and claims inflation.

But motorists should not start celebrating yet: despite the quarter-on-quarter car premiums drop, rates are still 9.7% higher than they were in the third quarter of 2016, according to the AA’s British Insurance Premium Index.

According to the AA figures, the average comprehensive car premium – an average of the five cheapest premiums quoted to a nationwide sample of buyers – was £679.93 in the third quarter of 2017.

AA director of insurance Mike Lloyd said the quarter-on-quarter drop was: “a small step in the right direction”.

He added: “Drivers have had to put up with some sharp premium increases over the past three years, in part thanks to avoidable government interventions.”

In March this year the government slashed the Ogden discount rate – which determines how much insurers can cut payments to injured claimants based on expected investment returns – to minus 0.75% from 2.5%, which has pushed up rates. In addition, the increase in Insurance Premium Tax (IPT) to 12% took effect on 1 June.

Lloyd said he hopes the Chancellor of the Exchequer does not see the quarterly motor premium drop as an excuse to boost IPT again.

He said: “The message I send to the Chancellor is that drivers who have no choice but to pay for car insurance – or drive illegally – have suffered enough with rising costs and to leave IPT well alone in his November Budget.

He added: “I strongly urge the Chancellor to consider removing IPT completely for young drivers who use telematics or ‘black box’ insurance which is proven to contribute to road safety.”