2017 is shaping up to be the worst year in insurance history, as it has now been labelled the costliest year for specialty insurance.

This was due to a combination of natural and man-made catastrophes including Hurricanes Harvey, Irma and Maria and the Californian wildfires.

Gross premium increased by 12% from £29.9bn to £33.6bn, however, underwriting profit dropped from £0.5bn to -£3.4bn driven by large losses and smaller reserve releases.

Andy Worth, UK head of specialty insurance at EY said: “2017 was characterised by hurricanes Harvey, Irma and Maria, the Californian wildfires, an earthquake in Mexico, monsoon flooding in Bangladesh and a mudslide in Colombia.

”Global catastrophe losses were over USD$130bn,” he added. “This greatly affected the specialty market which experienced its costliest year on record. While this was, of course, felt at an overall market level, the level of exposure wasn’t uniform and some individual managing agents were impacted to a much greater extent than others.

”Our analysis shows that while some of the variances in performance amongst managing agents are due to portfolio mix, the better performers use better risk selection and pricing discipline to out-perform.

“The business environment remains challenging, and even discounting for these catastrophes, underlying performance and return on capital was down, as were the reserve releases.”

But Worth praised the market for its vigour and commitment.

He said: “Taking a step back, 2017 demonstrated the robustness and purpose of the London Insurance Market. Lloyd’s alone paid out over £18bn to help get the impacted communities, in many different parts of the world, back on their feet.

”The events of 2017 epitomises the global social and economic role that London fulfils. Since 2008, Lloyd’s has nearly doubled in size in premium terms, and it remains an attractive platform for global players from around the world.”

Natural catastrophe insured losses “highest ever” in 2017 – Swiss Re 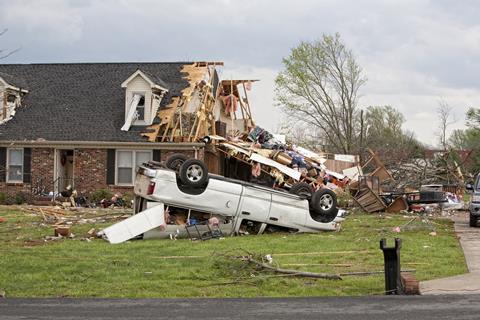