AA urges chancellor “not to tax responsible” with IPT hikes

Escaping water is the top claim

The AA is calling on the chancellor not to “tax the responsible” with Insurance Premium Tax (IPT) hikes.

This follows the firm finding that motor premiums have dropped by another 3.9% continuing a downward trend.

It issued its British Premium Index for the third quarter ending 30 September 2018 also finding that home premiums have fallen slightly despite concerns that the hot weather might lead to subsidence claims.

Janet Connor, director of insurance at AA, said that the significant fall in the cost of car insurance is “welcome news” for drivers citing the average premium quote as now more than £69 which is cheaper than a year ago.

There are several uncertainties on the horizon.

She warned: “The Civil Liabilities Bill has been delayed and there is concern that some of the measures included in the Bill may be watered down. Similarly, the Government’s commitment to revise the so-called ‘Ogden’ or discount rate on injury payments has also been delayed but is expected during the first quarter of 2019.

“In addition, Brexit concerns and the value of sterling have seen the cost of imported car parts, vital for the car repair industry, rise.”

IPT is the biggest uncertainty

But it seems that the biggest uncertainty is not Brexit, it’s IPT.

Connor pointed out that IPT has doubled to 12% in the last two years.

The Government has already committed to continue the fuel duty freeze which Connor warns could put pressure on the Chancellor to increase IPT in the October Budget.

She said: “I strongly urge him to resist this ‘raid on the responsible’ that penalises both drivers who have no choice but to pay for insurance if they are to drive legally; and home owners seeking to protect their property.

“It’s young drivers who take the brunt of this underhand tax because they pay the highest premiums. It’s no coincidence that the number of people caught driving without insurance goes up after each increase in IPT.

Connor is concerned that the Chancellor is “bent on taking it away by increasing the tax on premiums” while the Justice Secretary is seeking to reduce premiums by stemming the excesses of claims management cold-callers,

Since its peak at the highest-ever level recorded by the British Insurance Premium Index, £733.47 at the end of the second quarter of 2017, premiums have continued their downward trend with an average quoted premium of £628.24 which is the average quoted Shoparound premium for annual comprehensive car insurance.

AA said that this is in part due to the expectation of potential savings that could be made in the wake the Civil Liabilities Bill whiplash reforms.

But contents premiums have remained “relatively steady” and are only about £1 more that the average Shoparound quote when the AA Index was originally launched in 1994.

Although Connor, stated that it has become increasingly competitive as more people shop around for the best quote.

She said: “Buildings premiums have been climbing since 2016 largely in response to the growing risk of storm and flood damage although 2018 has seen relatively few such claims since last winter. However, the low rainfall over a long hot summer is leading to concern among some commentators that there may be a rise in subsidence claims over coming months.

“Improved home security has led to fewer burglary claims. According to the Office for National Statistics, households are now four times less likely to be a victim of burglary than in 1995, having fallen fastest since 2011 when home contents premiums peaked at £72.

Escape of water is the top claim

Connor added: “However, ‘escape of water’ (such as burst pipes) remains the top reason to make a home contents claim.”

An area that Allianz backed, Home and Legacy is urging insurers to take notice of through rewarding policy holders’ behaviour, after August was the highest month for claims that involved escaping water.

LV and Aviva against IPT hike

He said: “Insurance is a basic financial safety net for millions of people in the UK. We firmly believe that people should not be punished for doing the right thing, so we’d strongly urge the Chancellor not to increase IPT.

”Not only would this be grossly unfair to hard pressed consumers but it would also seriously undermine the work being achieved through the Civil Liability Bill which is currently making its way through Parliament.”

While Aviva called on the government to freeze IPT last week. 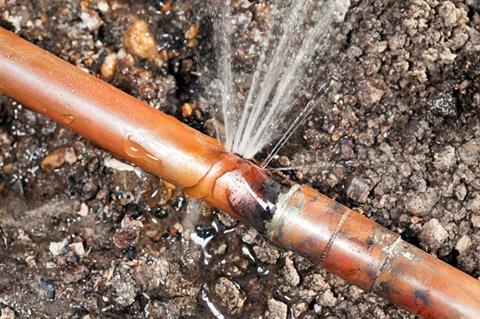