In an industry where technology is affecting everything, data and niche products, with a firm focus on  customer needs, offer a survival plan for motor brokers, says Brendan McCafferty chief executive, Brightside Group

The start of a new decade brings excitement and not a little trepidation. 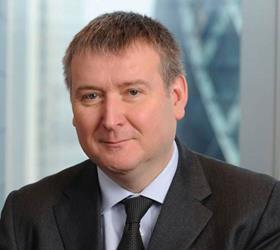 Technology is breaking down the doors of our political, corporate and societal structures that were meant to last for decades, even centuries. Now they become obsolete almost as soon as they are built. I fully expect the 2020s to be transformative, not least because the pace of technological change, especially as it impacts our industry, which I’m convinced will accelerate, even more than the previous 10 years.

Our political structure is already under intolerable strain. The technology leviathans that dominated the last decade could already be past their peak, to be outdone in the next by a start-up we’ve never even heard of.

All this adds considerably to our stress levels; after centuries of economic growth and scientific progress, life should have become calm and peaceful, at least in advanced countries, with all our resources. The truth is very different.

As it is for the macro, it is also for the micro. In our own industry, expectations of our customers and clients are shifting fast. They think “Amazon” when they look for great example of service and price.

As business plans are being finalised for 2020, I wonder what is going through the minds of insurer chief executives as they survey the motor market? Trepidation? Or excitement?

Motor insurance is in a cleft stick. Premiums are routinely described in the mainstream media as expensive. A typical story in the Daily Mail notes insurance premiums increasing by an average of 2% in the past year with over 25s and over 50s bearing the brunt. Overall, premiums have increased by an average of 22.6% since October 2013, according to Consumer Intelligence. As premiums have risen, the reputation of insurers and brokers has fallen sharply.

And the trend is upwards: premiums are certain to climb next year thanks to a hike in reinsurance costs, the impact of the discount rate, and alarming claims inflation. Earlier in the year, the ABI warned that vehicle repair costs have grown by an average of 33% since 2015. Technology such as advanced driver-assistance systems (ADAS) are behind the spiralling costs, yet while this has reduced the number of casualties, claims frequency is static.

There are, therefore, two big challenges for us to tackle next year. Firstly, we need to convince the public that their car insurance is good value. But explaining the complexities of the motor market, claims settlement rates and the hugely varied elements that affect premiums, is likely to induce yawning from a public conditioned by cynicism. When was the last time you saw a positive story about car insurance in the mainstream media?

Secondly, in this dystopian business environment we also have to make a profit.

For motor brokers, this requires a clear-eyed focus on technology that brings order to data, including data enrichment, data analytics and data science. Without the ability to process and analyse data, motor brokers will fold.

We will scale up – just as individual nation states can’t deal with climate change, so sub-scale brokers won’t be able to command the resources to invest in and use data.

And niches; it’s all about niches, and tribes of customers and clients. In a complex world, data analysis will bring to light habits and behaviours about our customers that we haven’t spotted.

To steal a mantra from the climate change lobby: adapt or die.