Expert View: For whom the bell tolls

Recent news from Lloyd’s confirmed something we’ve known for some years – that UK professional indemnity is one of the three worst performing classes in the London market, Nick Bender, joint managing director at MGB Insurance Broker writes

Lloyd’s of London has historically rung the famous Lutine Bell once for bad news, twice for good news. Now, it is just rung for ceremonies.

It was once rung three times, on 4 September 1996. Lloyd’s was going through its reconstruction and renewal and the Department of Trade & Industry (DTI) was giving the Central Fund close scrutiny. The then chairman of Lloyd’s, David Rowland (subsequently knighted for service to Lloyd’s), came down to the marine trading floor, accompanied by Anthony Nelson, then DTI Minister of State, and addressed the market. He said he would ring the bell thrice because it should ‘remind us that we came extremely close to disaster’. 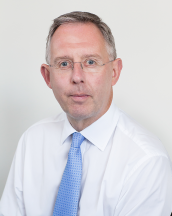 Recent news from Lloyd’s confirmed something we’ve known for some years – that UK professional indemnity (PI) is one of the three worst performing classes in the Lloyd’s of London market. For the last 10 or more years, underwriting rates in this class have tumbled as more and more syndicates/insurance companies fought to maintain market share, but now the top people at One Lime Street have decided that enough is enough.

It remains to be seen whether or not this correction is artificial (ie forced by Lloyd’s) or natural as the soft cycle comes to end. Great sympathy must be given to those underwriters who were told to write for income. MGAs who have followed this model have changed their paper frequently before the guillotine has cut off the supply of capacity. The sad effect of this correction is that there are, and will be, some incredibly talented individuals lost to the industry. Let’s hope they find new employment; the market will be considerably poorer for their absence.

Perhaps far greater criticism should be aimed at those insurance brokers who use or employ banks of telesales staff who are remunerated on a low base salary topped up by high commission based monthly bonus payments. It is not, therefore, surprising that many businesses genuinely believe that their annual PI premium spend will fall year-on-year.

Solving the problems in the PI market today will not come from new capital, but a root and branch review by skilled underwriting assessment of risk transfer and correction in pricing, plus an end to misleading persistent telesales. We have recently seen syndicates cease underwriting PI, including Channel 2015, Brit 2987, Aspen 4711, Hamilton 3334 and, most recently, Barbican 1995.

Other syndicates may pull out of this class and move capital to more profitable classes before the end of the year. The forecast for 2019 is of a turbulent year as those remaining underwriters in the market look to adjust their portfolios and change their previous appetite towards risk transfer.

Some brokers believe Lloyd’s GWPI may migrate to the insurance company market, but few really believe that the problems caused by a decade of cut-throat underwriting rate reductions are exclusive to the Lloyd’s community.

An article (posted at the end of last year) compared the then underwriting cycle with a continuous party with endless alcohol, no closing time and little or no idea how bad the financial hangover would be. The closing time bell has now been tolled. Capacity is likely to become more expensive, with underwriting rates expected to rise in 2019.

Brokers should prepare their policyholders for this and help minimise price increases through expert broking techniques and clever risk management. Policyholders should be told now that 2019 is going to be a turbulent year as those remaining underwriters in the market look to adjust their portfolios and to change their appetite towards risk transfer. Few professions are likely to be immune from this climate change. Now is the time for those skilled, experienced and professional PI insurance brokers to dust off their skills