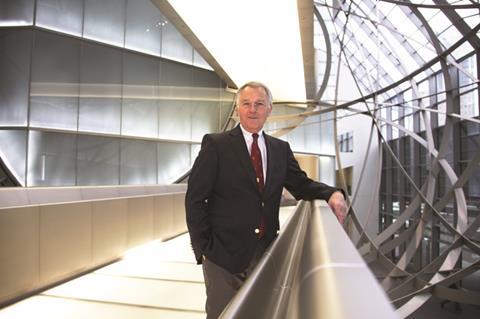 The times they certainly are a-changin’ - and not always for the better.

“The biggest challenge for our sector in the future is not so much with insurance and risk, but more with the behaviour of insurers and, increasingly, the insured,” says Deutsche Bank Group glo­bal head of corporate insurance Guenter Droese.

On the cusp of retirement, Droese says trends in the corporate world have had a disastrous effect on the insurance industry, which he has spent his life shaping.

“The Anglo-Saxon way of doing business has travelled worldwide, and this has changed the way people do things. There has been a growth in insecurity - a devaluing of long-term stability and interdependence. Cost is now everything. The focus should be on excellence and efficiency.”

Droese’s perspective is informed by a history of innovation stretching back decades, having been involved in the development of risk management at Deutsche Bank Group since 1994, and heavily involved in discussions on Basel II banking capital regulations.

He is responsible for the design, structure and administration of risk transfer into the insurance market, including the internal cost allocation, claims handling, captive insurance management and contributions to operational risk quantification and reconciliation with the regulator.

“We launched our first captive programme in 1996,” he says. “We started from scratch with a series of captive programmes split across different markets and countries. We decided to take a comprehensive view with an international programme looking at non-typical, alternative risk models.

Risk management is often seen as a side discipline, but it should be at the centre of all strategy and every investment decision”

“I also helped pioneer a loss distribution approach with colleagues, where we use a sophisticated model to counter-reckon on risk as a way of reducing regulatory capital.”

But as he reflects on how the industry has developed since he began his career, Droese admits he is deeply concerned about the future, and the increasingly unstable relationships between businesses, brokers and insurers.

“We saw this particularly after 9/11,” he says. “In the turmoil that hit markets afterwards and the devaluation, the change really became apparent. The focus everywhere was on cost, cost, cost, particularly when it came to settling claims. Gone was the more open-minded and gracious way of doing things, and this has been a big disadvantage for the entire industry.

“There are exceptions, but generally we are seeing the use of third parties and lawyers to settle claims. More and more we are seeing insurers trying to reduce claims, while businesses are seeing final settlements way beneath what they were expecting. Consequently, there has been a meltdown of trust. This is a disaster; the only basis for success in this industry is trust. And the worst part? I’m not sure if this trend can be reversed.”

Cost is influencing everything

Droese believes that the relentless drive to cut costs is already influencing underwriting, premium calculations, capacity and the quantification of capital, and that short-term profit targets go against the concept of long-term sustainability.

“Both sides, insurer and insured, rely on a good relationship over the long term, so why is it not valued more highly? Focusing only on cost causes problems. Look at investments in Japan. Why would people locate their production facilities near Fukushima? Because energy is cheap, so are logistics because it is close to the sea. Everything seems to be fine on a cost basis. But who was looking at the earthquake risk? The tsunami risk? The risk of a nuclear accident? It only takes a quick look at the World Map of Natural Hazards published by Munich Re to see that Japan is one of the most dangerous countries. There is a history of earthquakes, windstorms and tsunamis.

“Nobody can manage a company without bearing in mind the complexity and interdependence of a huge variety of risks and then placing insurance as a cheap form of risk transfer. In this context, risk management is often seen as a side discipline, but it should be at the centre of all strategy and every investment decision.”

Gap in the market

Droese’s passion for sustainable risk management will not dim when he leaves Deutsche Bank Group at Easter, and he plans to set up what some are calling a ‘super-consultancy’. “What I want to do is gather as much industry-specific intelligence and experience as I can and offer it to businesses,” he says.

Droese believes there is a gap in the market for neutral, intelligent advice that can provide a 360-degree, international view of risk and insurance. “For example, one of the big issues is the difference between countries when it comes to the liability of board members. Canada and the US have a different situation to, say, France and Switzerland. If you operate globally, you need to understand this.”

Of course, he will offer advice based on a long-term and sustainable approach to risk. “The customer needs to decide whether they are cost-minded or quality-minded,” he says. “At the moment, 95% come down on cost and this leads to an opportunistic market that does not support a relationship between insurer group and industry. Both sides need to be working together for the long term. Insurers should not be jumping off at the first sign of a loss, and businesses cannot always be looking to get their premiums reduced.”

Despite being just days from retirement, Droese still has his work cut out.

● Insurers trying to avoid paying out on large claims

● Shifting the risk management focus from cost to quality