Innovation blog: Insuring the future - can we put a price on smart technology?

New smart technology will soon be a part of everyday life, says Experian director of insurance Martyn Matthews. But how will the insurance industry keep up? 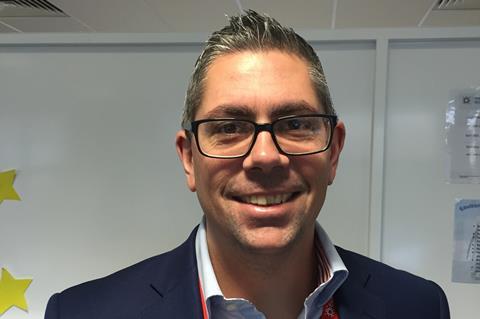 Drones, robots, hover boards, self-driving cars and connected fridges are only a few of the technologies that may soon be a part of everyday life.

Competition to invent the next generation of technology is fierce. Think how far we’ve come in the last decade alone. A drone delivery service, which would have seemed inconceivable ten years ago, is now just around the corner.

Back in November 1989, many of us headed to the cinema to watch Doc and Marty in ‘Back to the Future’, in awe of how 2015 would look, from futuristic clothing to flying cars. Now, only a year after, our every day is not so distant from their fantastical projections.

Although we’re not there with flying cars - driverless cars are high on the agenda. As is the advanced technology that goes with them. Top end car manufacturers are testing and implementing self-driving technologies with Google leading the charge with test cars already on the road. In the latest UK Budget, the government confirmed the technology, with trials of driverless lorries and cars set to go ahead.

This calibre of technology has the potential to revolutionise the way we live, but how will it impact the insurance world and how will it keep up?

The new era of technology could be a difficult one for insurers to navigate. You’re an insurer – how do you cost up a robot or similar? It’s not as black and white as applying a risk model when the concept is yet to show comparable and tangible results. The answer is simple, but not easy - businesses such as insurers need to advance in the same way as technology.

Embracing change is fundamental and adapting to emerging technology is imperative. Nine out of 10 road traffic accidents are caused by human error, so the potential safety implications of autonomous technology are huge. The Abi believes autonomous vehicles are likely to have a significant impact on road safety. But how can this be quantified?

As control is handed from human to computer, it’s possible that liability will follow the transfer of risk. But will it be the ‘virtual driver’ or the manufacturer who is at fault?

Keeping a close eye on the developments in driverless technology is essential and something the insurance market is already focusing on.

There’s never been a more important time to consider liability and reliability as equals, and that approach needs to be reflected in the way insurers of today and the future work.

Driverless cars are just one fast-developing concept in an extremely busy and ever-expanding tech scene. Insurers should not only keep a close watch on progress in the tech space, but also invest in their infrastructure. Doing this will help ensure they’re equipped to withstand developments, and also align with them – a critical move to stay afloat.

Driverless cars are just one fast-developing concept in an extremely busy and ever-expanding tech scene. Insurers should not only keep a close watch on progress in the tech space, but also invest in their infrastructure. Doing this will help ensure they’re equipped to withstand developments, and also align with them – a critical move to stay afloat.

Many organisations have, and are developing the capabilities, to support this learning. Every organisation has data about customers, creating insight through analytics for each individual through their digital journey, understanding them through device usage, preferences, internet history and much more.

Having the technology to identify the specific attributes of an individual has the potential to provide a framework for understanding the robot, too.

Understanding the market, embracing changes and predicting the future is critical to staying one step ahead of the game and smart insurers would do well to stay agile and adapt as technology continues to innovate the world we live in.