Innovation blog: Premiums can go down, but dash cams aren't the answer 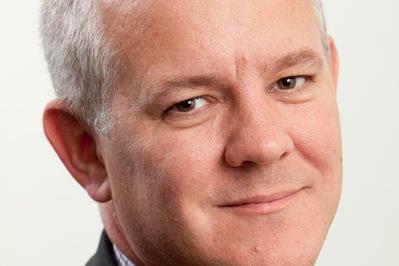 It’s no secret that advancing technology is helping to improve driver safety. Potentially, as a result of the 1.6% increase in road traffic levels, there were 1,732 reported road deaths in 20151.

But I admit to having mixed feelings about the current media attention being given to dash cams.

On one hand, they can have a positive effect on proving unscrupulous claims. However, dash cams do not prove that a driver is safe and therefore they shouldn’t be the reason to heavily discount premiums.

There could be some benefits in offering small discounts

Whilst I don’t believe that premiums should be heavily discounted, I do think there is merit in offering a slight discount for dash cam users. There could be some benefits in offering small discounts which means insurance companies can gather the information and understand whether there are any potential benefits to using these devices to assess risk.

For one thing, it could be that people investing in this technology may naturally be risk averse and, as such, might be more careful, responsible drivers.

At the moment, there is no qualitative or quantitative data to lead us to offering hugely discounted premiums for dash cam users.

However, that may be insufficient justification for some, who have noted that the average insurance premium has now reached £715 - the biggest annual rise since 2011.

While that may be the case, the motor insurance market has not turned a profit since 2013 purely as a result of the increased frequency in road accidents, coupled with higher repair costs.

When you deal with motor insurance claims on a daily basis, you understand in intimate detail the circumstances that give rise to accidents – distraction, loss of control and inexperience being some of the main root causes.

As such, many of us in the industry are keen advocates of Autonomous Emergency Braking Systems (AEBs) as one of the most effective solutions to cutting the number and severity of road accidents; in fact, they have been shown to reduce the rate of low-speed accidents by 40%3.

We also know the benefits of telematics can allow insurers to tailor premiums depending on individual driving behaviour and encourage safe driving habits. The use of these products is proven to increase driver safety.

If you drive a vehicle with AEBs fitted or you take a telematics based policy, as a driver you are taking a positive step to reducing the risk of having an accident and that should be reflected in the premium you pay.

Dash cams, while useful in proving circumstances of a crash, do nothing to reduce the risk of having an accident.

Dash cams do come into their own in effectively protecting people against fraud – especially in cases where someone may have a rear end accident and sees a claim for four people in the car, despite there being only one person in the vehicle.

It is in these instances that the evidence collected can prove the dash cam drivers were not at fault, protecting their No Claims Bonus.

It is understandable that consumers want to see a reduction in their policy premiums and there are a number of things they can do, such as investing in effective safety devices.

Research from Thatcham has found that eight of the UK’s top 10 best-selling cars offer five-star crash protection alongside some availability of AEB technology and that crash avoidance technology is now a top priority for consumers3. This is extremely encouraging news.

It is essential that we start to see more new cars fitted with AEBs as standard whilst ensuring that we, as an industry, are doing our utmost to educate drivers about what they can do to be safer on the roads.

As recently announced by Ageas, we have been working with the Older Drivers Task Force, looking at Supporting Safe Driving into Old Age2 - urging better self-regulation in older drivers to help them continue driving into old age.

Initiatives such as these, along with AEBs and telematics will only contribute to better driving on the roads and reducing premiums for consumers.

Dash cams certainly have a part to play to help effectively manage claims and root out fraud and should therefore be considered when applying any discounts, but at the moment, they do not deserve the same discount levels as AEBs and Telematics.