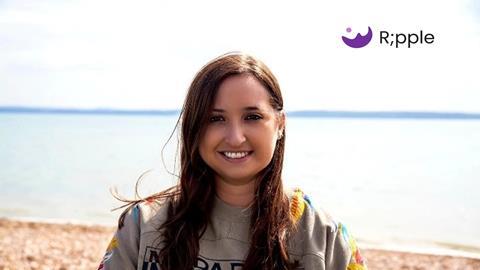 My day job involves working in IT and cyber security; I have experience working for global financial institutions and insurance firms in London.

After examining Josh’s phone and laptop following his death, I found that Josh had been researching techniques to take his own life via internet searches, suicide forums and video tutorials.

I also discovered that the content available online following a search of this nature currently provides mental health support in one format - a helpline.

To ensure more help and support is given to individuals who are in a mental health crisis and are searching for harmful content online, I utilised my skill set in IT and cyber security to set up R;pple Suicide Prevention.

R;pple provides an immediate, vibrant display on a user’s device once they have been flagged as searching for online content relating to self-harm or suicide.

This consists of a message of hope, as well as encouraging users to utilise a selection of mental health support resources in a range of different options, such as call, text, webchat, app and other resources.

2. How much has your role within insurance influenced or supported the creation of R;pple?

My employer, QBE Insurance, has been nothing short of amazing in its support of me personally and in the creation of R;pple. My stakeholders showed interest in my idea right from the beginning and I am delighted to say that QBE was the very first organisation to deploy R;pple to its entire UK population of employee machines.

The roll out of R;pple across QBE now means that any individuals struggling with their mental health and carrying out harmful searches relating to the subject of self-harm or suicide will be intercepted by R;pple and provided with a message of hope and support.

To date, R;pple has been downloaded over 100,000 times in a matter of weeks, with schools, colleges, universities, parents, carers and charities able to download R;pple, free of charge ( a fee is required from businesses, however).

Around 22 external individuals have approached R;pple to inform us that the tool intercepting them online at their most vulnerable point has saved their life and that they are now receiving mental health support.

So far, R;pple has won seven awards in the mental health space, after only officially launching in September 2021.

3. You are keen to get more broker and insurer groups signed up - has the insurance community been receptive to R;pple so far?

I would love to see more insurer groups deploy R;pple. I see this as a duty and a no brainer for all organisations to deploy R;pple and prioritise the wellbeing of their staff.

The insurance community has been incredibly supportive of R;pple thus far, but we need to go one step further and deploy R;pple to as many organisations as possible to start seeing tangible improvements in our community accessing mental health support at a time when they need it the most.

Paul Handleigh, managing director of YouTalk Insurance has been instrumental in providing some wonderful introductions to the insurance world. Without Handleigh’s support, we would not have had the pleasure of engaging with as many brokers and insurers as we have currently.

I would also like to call out the support of Biba and, in particular, its chief executive Steve White.

White and his team have been hugely supportive of R;pple and included us in the December edition of Biba’s broker magazine.

The Chartered Insurance Institute (CII) has also very kindly asked us along to present at their upcoming webinar, to educate their members around mental health and suicide prevention, which I’m really looking forward to.

For brokers and insurers wishing to deploy R;pple to their workforce, please email info@ripplesuicideprevention.com to discuss further.

4. What changes would you like to see around funding for suicide prevention initiatives, such as R;pple?

People are the most important part of any business. Without people, we don’t succeed, so we need to look after them – and that includes ensuring their mental wellbeing is front of mind.

With that being said, much more needs to be done in this field to support new, innovative initiatives that prevent other families from experiencing the sadness, loss and despair that we have experienced.

R;pple is a charity. We are not interested in profits or money making - we simply want to ensure that people get the mental health support they need at a time when they are most vulnerable.

However, to develop our technology further, we need funding, which can easily be obtained through the insurance community and brokers that wish to deploy R;pple across their organisation. R;pple also has a JustGiving page for donations.

Our priority this year is to ensure that R;pple is available on Safari, Mozilla Firefox and Opera browsers. R;pple is currently deployed on Google Chrome and Microsoft Edge.

We are also looking to develop R;pple to be compatible with mobile and tablet devices, meaning we can intercept a much larger audience that might be carrying out harmful searches online.

Lastly, we’re going global. We are working hard behind the scenes to create bespoke versions of R;pple in countries around the world. The focus will be on English speaking countries in the first instance, including Ireland, Australia, New Zealand, USA and Canada.