The Bill seeks to cap damages for whiplash claims

The passage of the Civil Liability Bill which cleared its third stage through the House of Commons is “good news for drivers.”

This is according to the AA, ABI and LV=General Insurance (LV=GI).

The legislation aimed at curbing the cost of whiplash claims passed with minor amendments with the government defeating Labour’s requests that would have restricted a rise in the upper limit to the small claims track.

The ABI said it was pleased to see the Civil Libility Bill and its associated reforms taking another step forward.

A spokesperson for the ABI said: ”It’s needed to fix our broken personal injury compensation system.”

Both LV=GI and AA had a similar opinion.

Martin Milliner, claims director at LV=GI, said: “The change to the Ogden discount rate is a huge step forward in dealing with the injustice and uncertainty for claimants and compensators alike, caused by the then Lord Chancellor Liz Truss.

”We’re also pleased that the government held its nerve in the face of strong opposition to deliver the range of well thought-through changes that should be the solution to the compensation culture that is pervasive in today’s society.”

The AA’s director of insurance Janet Connor, explained that this means that the much-delayed Bill at the third attempt, is now on track to become law in 2020.

A cap on claims

The Bill seeks to cap damages for whiplash claims and ban settlements that are struck without medical evidence as well as change the way “discount rate” for serious, long-term injury is set.

This could reduce the huge-number of cold-call claim firms encouraging people to make claims for injuries they have not suffered or for minor things that would usually be ignored.

She said: “This means that legal costs would not usually be awarded for claims below £5,000.”

Connor added that this news should be greeted by drivers as a victory for common sense and put an end to the insidious cold-call claims industry.

The AA’s research of 10,000 drivers revealed that nearly two-thirds (63%) said that they have received nuisance calls over the past 12 months, 88% of whom have been called on multiple occasions. With firms masquerading under names of respected organisations, AA being one of them.

She said: ”There is no doubt that this Bill and its associated secondary legislation will help reduce insurance injury claims costs which are by far the highest in Europe.

”It’s estimated that it will bring the average cost of an annual car insurance premium down by around £35 by passing on the savings made.”

But Connor weighed in explaining that the car insurance industry is “extremely competitive” – and if savings are made in costs, they will be passed on to customers. Those firms that don’t pass the savings on will lose business.

According to the AA’s British Insurance Premium Index, published today the average quoted premium for a comprehensive car insurance policy fell for the fifth quarter in succession, to £628 – and has fallen by almost 10% in 12 months, this is in part to the expectation of savings that would result from the Bill. 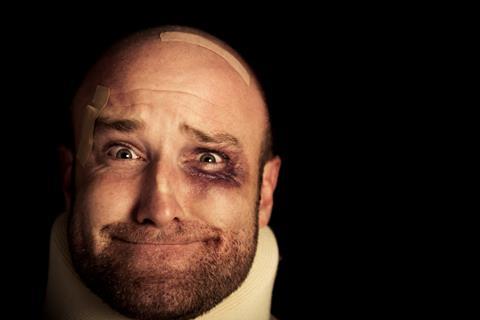